It’s Monday, and you know what that means, time to tell you maniacs what’s good.

If you couldn’t tell, it ain’t Vurve today, even though that weirdo posted two or three of the Legacy Modest Monday posts in the last two days. This is a real deal, no bullshit Modest Monday from none other than ya boy Cokecan. So today, I’m going to tell you lames how to review and critique a fucking recipe. Whether it be your own, a friend’s, or maybe even one of mine, here are some tips to help make your reviews both beneficial and respectful.

First things first, we have to realize something that has been beaten to death, revived, and had its skull smashed in once more, the concept that all taste is subjective. So, when dealing with DIY e-liquid recipes, you must realize, both as the reviewer and the mixer, that there will never be an end-all mix that 100% of the population will enjoy. That’s just facts. Dead ass. Can’t please everyone. This is the same with anything involving the senses. Universal truths involve things like math, science, shit like that. And while these are main factors with recipe development, at the end of the day, you could mix up a complex recipe with some banging flavor that has not been seen in the DIY realm before, but there will ALWAYS be people that think it’s shit. So, the first tip when it comes to reviewing and critiquing a recipe, you have to attempt to look at it as objectively as possible. If you despise banana cream flavored vapes, it might not be the best idea to try and critique a recipe like that. But if you still do, you can’t go in saying, “this recipe fucking blows because fuck bananas and cream.” To keep yourself objective while critiquing, try looking at the recipe from a purely base perspective. If you don’t like banana cream recipes, but you see someone mixing one up with 10% LA Banana Cream and 1% TPA Bavarian Cream, you can easily let the mixer know that those concentrate percentages would not work very well. On the other side of things, if you see a recipe that has solid choices for percentages, and that recipe just isn’t something you’d find yourself enjoying, do not allow those personal opinions on a flavor to reflect how successful the recipe still could be. To keep it simple, don’t be a fucking prick. Use your knowledge of different concentrates to either offer possible solutions to issues with a recipe, or give praise where you see the mixer doing something right.

Next, and here’s something crucial, if you’re going to give a rating on a recipe, have the fucking decency to actually review it. The amount of times I see people giving three or four star reviews on a recipe on AllTheFlavors (SHOUTS OUT ATF) without actually saying why they rate it as such, is just fucking painful. As a mixer, when you see a three-star review on a recipe that you are proud of, but there are no reasons why it’s seen as three stars, it helps no one. Except for maybe your own fucking incessant need to bring people down. If that’s the type of person that you are, then maybe go fuck yourself? Just a suggestion. But in all seriousness, give some fucking notes. A three-star coffee cake recipe could easily be a five star banger with the right guidance. Are the bakery notes overpowering the sugary sweetness? Then let them know to maybe dial back on the cake-y notes. Are you not picking up on that crumbly top of the coffee cake? Let ‘em know to add some TPA Apple Pie and maybe some CAP Sugar Cookie. Everyone is here for the same reason, to stay off of the cigarettes and to create some absolutely delicious fucking e-liquid. Again, don’t be a fucking prick. If you are going to swing your dick around on the Internet and give someone’s recipe a subpar rating, then help them make it better? Otherwise, you really don’t know a fucking thing. And you can quote ya boy on that shit.

Finally, here’s the most important thing to note when you are actually giving notes on a recipe. Use the right type of language when giving a critique. Try your best to stay away from more “emotional” phrasing like “this recipe is good,” “this recipe is bad,” or “this aspect of the recipe tastes nice.” While everyone likes to get their fucking ego stroked, it doesn’t necessarily help someone become a better mixer. As with being objective with your opinions on a recipe, stay objective and analytical when actually critiquing it as well. Try to interpret what the mixer was trying to accomplish with their recipe. There’s a style of critique known as the “hamburger method” that is used often in art school. You start with the top, providing something positive to start the review with. This creates an environment of respect and prevents things from seeming “threatening.” Then you get into the meat of the critique, where constructive criticism comes into play. Talk about what is successful in the recipe, perhaps the strong base notes of sweet creams and fluffy mouth-feel of a successful strawberries and cream. But if the recipe is lacking in the fruity sweetness because TPA Strawberry Ripe was the only strawberry note used, don’t come at the mixer by saying, “the strawberry sucks, try again.” Let them know of other options that will complement TPA StrawRipe, or perhaps using a different strawberry concentrate all together. So wait, what’s that? Yet again, don’t be a fucking prick.

So really, what it comes down to, when you’re giving a review or a critique on a recipe, just don’t be an asshole. Now I know, that might be a fucking trial for some of you, but pull your fucking adult pants up and deal with it. If you want to give your opinion on something, and if your opinion is less than favorable, then you need to fucking come at it with some suggestions to make it better. Otherwise, you’re nothing more than one of the millions of mindless fucking trolls on the Internet that make this environment a generally painful place to be. Let’s make it better, yeah?

Keep mixing, don’t be afraid to fuck up, and seriously, be a decent human. 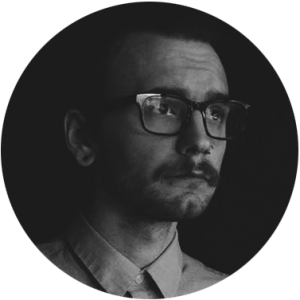 Kocanda is an artist by trade, DIYer by choice. A vital member of the DIYorDIE Team, he hosts BeginnerBlending and is an active member of the DIY community releasing articles, research, and flavor notes on the regular.