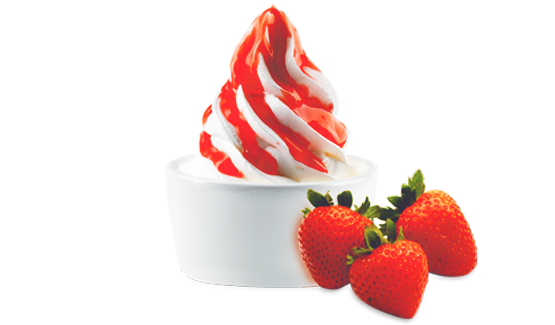 JF (ECX) Strawberry Sweet: This flavoring is brand spanking new. Manson on InTheMix raved about the flavor from this strawberry, claiming it's the CAP Sweet Strawberry killer...and he's absolutely right. If you haven't had this flavoring think of it this way. It's CAP Sweet Strawberry, with 1000x more flavor, lasts much longer, and has a bit more candy properties to it. To put it simply, it's a delicious and sugary strawberry syrup. Once I got this in I had to play with it. It is recommended on the bottle to mix at 1%, which I found a little lacking. Turning it up to 3% gives it such a strong and vivid flavor that stands up well to the thick VBIC / VC / YC base of the other flavorings. It's also not too high where you turn everything "pink", something I applaud ECX for doing. Creating that balance is extremely difficult, but they nailed it. This is the heart of this recipe, it creates the entire mix, YOU CANNOT SUB FOR ANY OTHER STRAWBERRY. I mean you can, but you're vaping some other shit, not MY recipe. Now I will admit, this flavoring does have some lacking qualities. It's not perfect. One example is it has somewhat of a bubblegum feel to it, which is quite interesting. But this isn't a flavor review, so you'll have to wait a bit for that.

CAP Vanilla Bean Ice Cream: Deciding between CAP / TFA / FW to figure which VBIC I wanted was kind of easy. I wanted a lighter, a little more sweet, and definitely a lot less intruding Vanilla Ice cream base. That means Capella's version it is. It's sweet, light, airy, fluffy, and doesn't intrude on any flavors. This creates a nice base to lay a sweet compliment on, like JF Strawberry Sweet. At 6% you get all the flavor you need out of it without adding anything unnecessary. If you wanted a more rich vanilla bean ice cream in this recipe, DO NOT REPLACE THIS WITH ANOTHER FLAVORING. Instead, increase the other accent flavors. If you replace with TFA VBIC for example, you'll ruin the recipe by unbalancing it. TFA's is just too heavy and too rich to play well with JF StrawSweet.

CAP Vanilla Custard: This is to just increase the vanilla bean flavoring in the VBIC and act as a catalyst between the FW Yellow Cake and CAP VBIC. I used it here at 1% because I just wanted a slight bump in vanilla, nothing too crazy. I wanted to give the VBIC a touch more richness. NOW, remember when I said if you wanted a more rich vanilla, to increase the accents, well this is what you'd increase. I wouldn't go over 3% otherwise you'll introduce too much"egg" but anything under 3% should bring more of that Vanilla "Bean" out.

FW Yellow Cake: Now I understand a lot of you do NOT want to use this flavoring anymore. Believe me, I get it. So if need be, you can always leave this and just rock a nice Strawberry Ice cream. If you wanted to substitute, maybe use TFA Graham Cracker or CAP Vanilla Cupcake at the same %. But if you don't care too much about the Fructose inside this flavoring, it really does add a level of thickness to the recipe. When paired with CAP Vanilla Custard, you get somewhat of a "dairy/malty" thickness that helps sell the flavor and create a more authentic Mouth Feel. Which I think pair really well with the CAP VBIC and JF SS. It also sweetens the dairy which again, increase the authenticity. I love this stuff and probably won't personally stop using it until something better comes along. But I will make an effort to not use in any more released recipes, or offer substitutes. Sorry dudes, this stuff just tastes mad good bruh.

Ethyl Maltol (Cotton Candy): I've lately been having this strong affair with EM. It really does help bring that vibrancy out of certain flavors. I had to use with this JF SS because I wanted to boost that strawberry so it's blasting you in the face every single time you vape it. And trust me, it does. It sits the strawberry right on the tip of your palate which is right where I want it. This also sweetens up the creams a bit which always helps. And it's not sucralose.