One of the most unfortunate things that can happen in e-liquid mixing, is something that’s entirely out of the hands of the mixer. And that is when flavoring companies reformulate their flavorings. One of the most infamous being the reformulation of INW Milk Chocolate. This was a flavoring that didn’t have much traction until I pick up on it looking for the perfect creamy chocolate. It was simply the closest any of the flavorings have ever got. Once I found this, I used it in multiple released recipes, as well as two different commercial one-shots. Then, not only a month or so later, I began receiving reports of INW reformulating a bunch of their flavors. I got in a new batch of INW Milk Chocolate, and it was quickly found to be unusable. Absolutely destroyed. This was a huge headache to remedy, and to this day, those recipes I use that flavoring in, aren’t quite right. Ever since then, I’ve always been afraid of this happening again with more dominant flavorings.

Well, it might seem it may be happening with one of the most popular flavorings in history.

I’ve received some info from a source who wants to remain anonymous, detailing some very interesting developments. I’m not exactly sure how much I’m allowed to say currently, but it seems as if it’s almost 90% certain the old formulation of TFA Strawberry Ripe has been replaced by a new version. To put it in perspective, on e-liquid-recipes.com alone, Strawberry Ripe has 302,452 recipes using it, which is currently the most used flavoring on the site, with TFA Bavarian Cream following behind at 279,500. This could be the single most destructive reformulation we’ve seen. This flavoring is so popular, I even created a parody video professing my love for it. 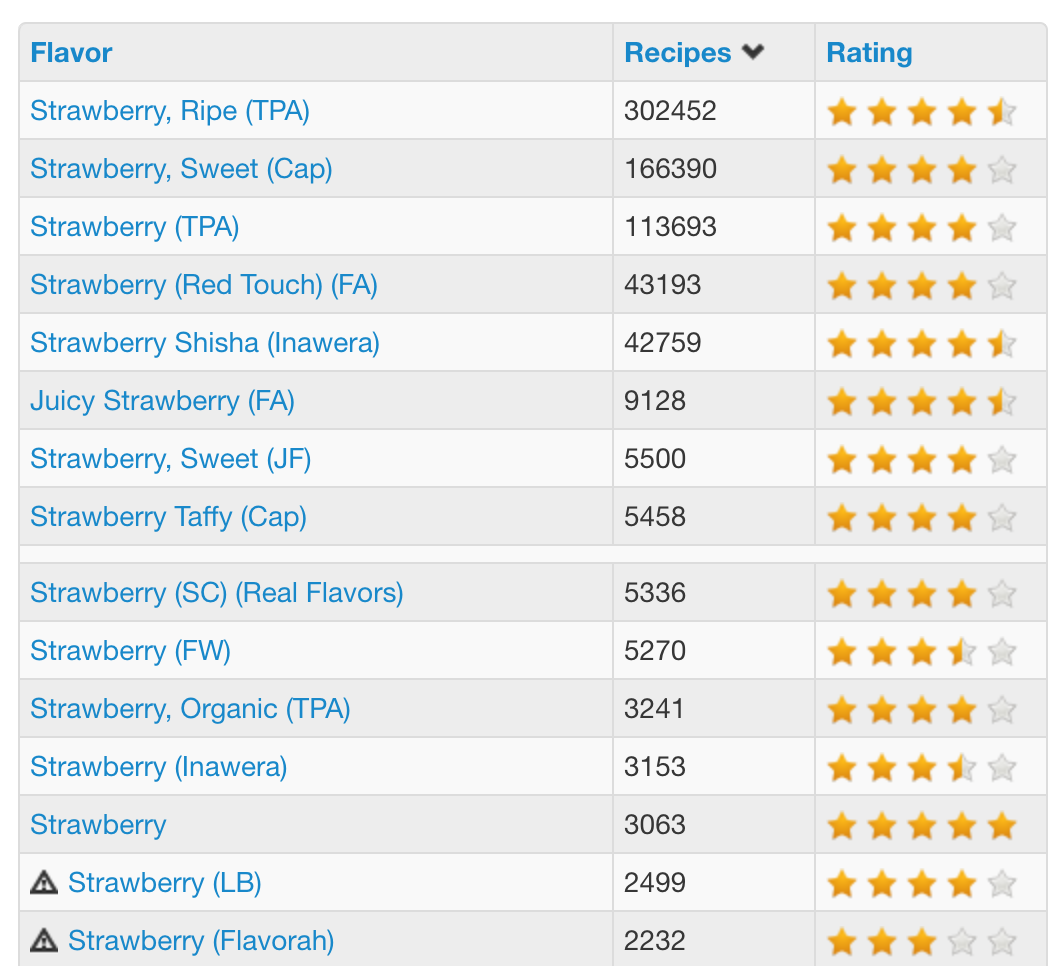 Now, why has the flavoring changed? Well, we’re not quite sure. There are a few different rumors and conspiracies going around. From my source, The Flavors Apprentice has stated they reformulated because of multiple complaints from commercial clients. This, to me, makes only a bit of sense. It’s one of the most beloved flavorings in the industry. But it’s not a perfect flavor, there seems to be harshness from some users, and other users, a large portion, can’t even taste it. But there are other rumors, that I can’t quite fact-check just yet. Ones that seem to allude to a bit more secrecy and politics, such as their initial supplier pulling the TFA contract after a bad “expose”.

Nonetheless, I am currently waiting for more details, and for a batch of the “new” formulation to arrive. This will allow me to fully test, side by side, the new and the old recipes. I will then determine the similarities and differences between, if I think it’s better or worse, and most of all, if it’s a viable substitute. Make sure to subscribe to DIYorDIE on YouTube, @diyordievaping on Instagram, as well as right here, diyordievaping.com to stay updated.