So if you’re unfamiliar with C-Liquid, let me explain it to you. Essentially, it’s an e-liquid that contains a research chemical which triggers the cannabinoid receptors in the brain. You might think, “This sounds like e-liquid filled with THC”. This is extremely wrong, and extremely dangerous. What makes it even more dangerous, is that its street name is “Synthetic Marijuana”, which has led on many to think it’s as safe as regular cannabis. Nothing could be further from the truth. 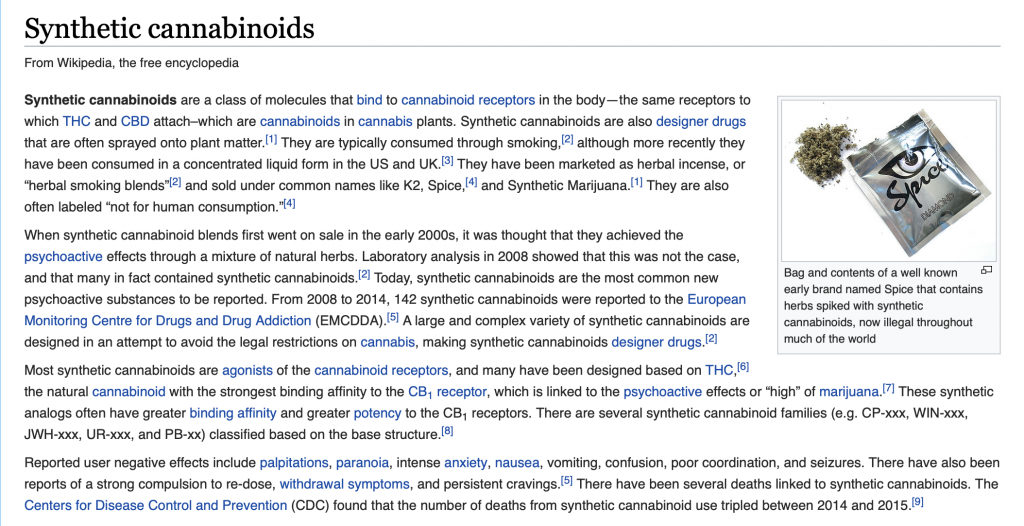 You might have heard of “Synthetic Marijuana” before. It’s also called “K2” or “Spice”, and only until recently, was found in every head shop and gas station around the country. This combination of misleading branding, legality, and ease of access, led many, including myself, to think it was a safe alternative to marijuana. But as we know today, this has only led to the deaths of thousands, thousands of overdoses, as well as thousands violently addicted to the drug. Three things that true marijuana does not contribute to. The most popular way Spice is sold, is in pouches filled with some nondescript herbs or potpourri, with the research chemical sprayed over top it. But now, C-Liquid is another option, allowing the users to fill their vapes with to consume this compound. These are produced in China, India, and other places where regulations are less strict on dangerous compounds exported. Most places in the US have made many of these products illegal, but because of the nature of how they’re produced, little action can truly be done, and education is the best way to keep people safe.

What Does it Do?

The reason “Synthetic Marijuana” is named that way, is because it delivers a high that is slightly similar to marijuana, where the compounds molecules, being an agonist, bind to the cannabinoid receptors in the brain, the CB1 receptor. Because the chemical is synthetic, it is created to have a much higher binding affinity, and is tweaked to be much, much, more potent to the CB1 receptor, than traditional, earth-grown marijuana. Thus producing a much more intense experience. 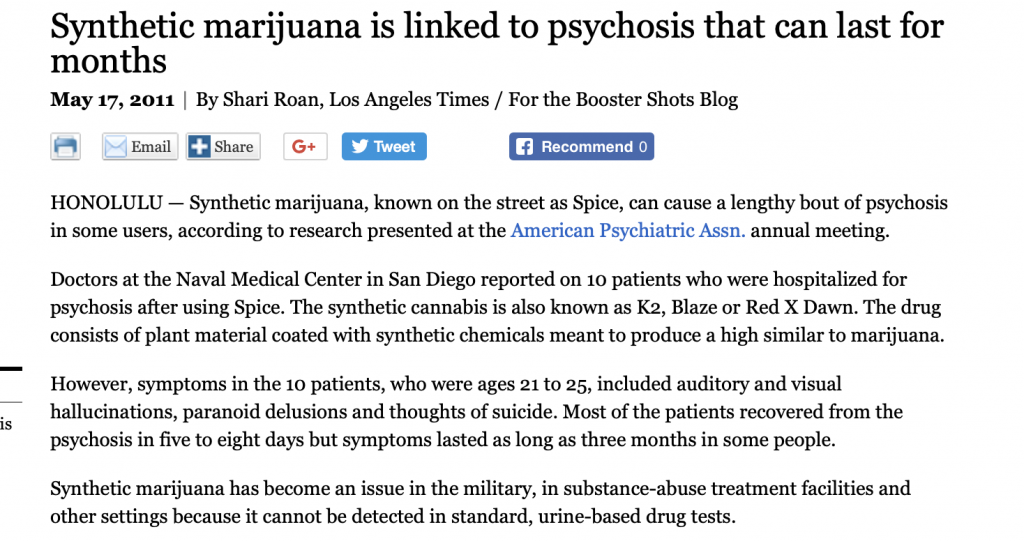 But you might be thinking “That sounds great. A legal chemical that is stronger than weed. What is the issue?” The issue is that these chemicals have very little studies behind them, opposed to the thousands of years of experience with earth-grown marijuana. Also, these compounds are produced – not in labs with chemists and doctors – but in seedy production facilities in China, India, and Mexico to name a few. This means there’s almost no quality control, no product testing, nothing. One batch could have much more of the chemical in its e-liquid than another. And if you consume too much, there are devastating consequences.

So in the video above, I talk about my experience, not with C-Liquid, but with Spice or K2 (the same chemical, in a different form). This experience was one of the most terrifying experiences I’ve ever had, and I don’t wish it upon anyone. But these chemicals don’t just give “bad trips”. Just last July, there was an outbreak of overdoses in New Haven, Connecticut, where more than 70 people overdosed, resulting in a few deaths. As a matter of fact, if you just Google “Synthetic Marijuana deaths”, you’ll find countless, recent, articles detailing its epidemic. 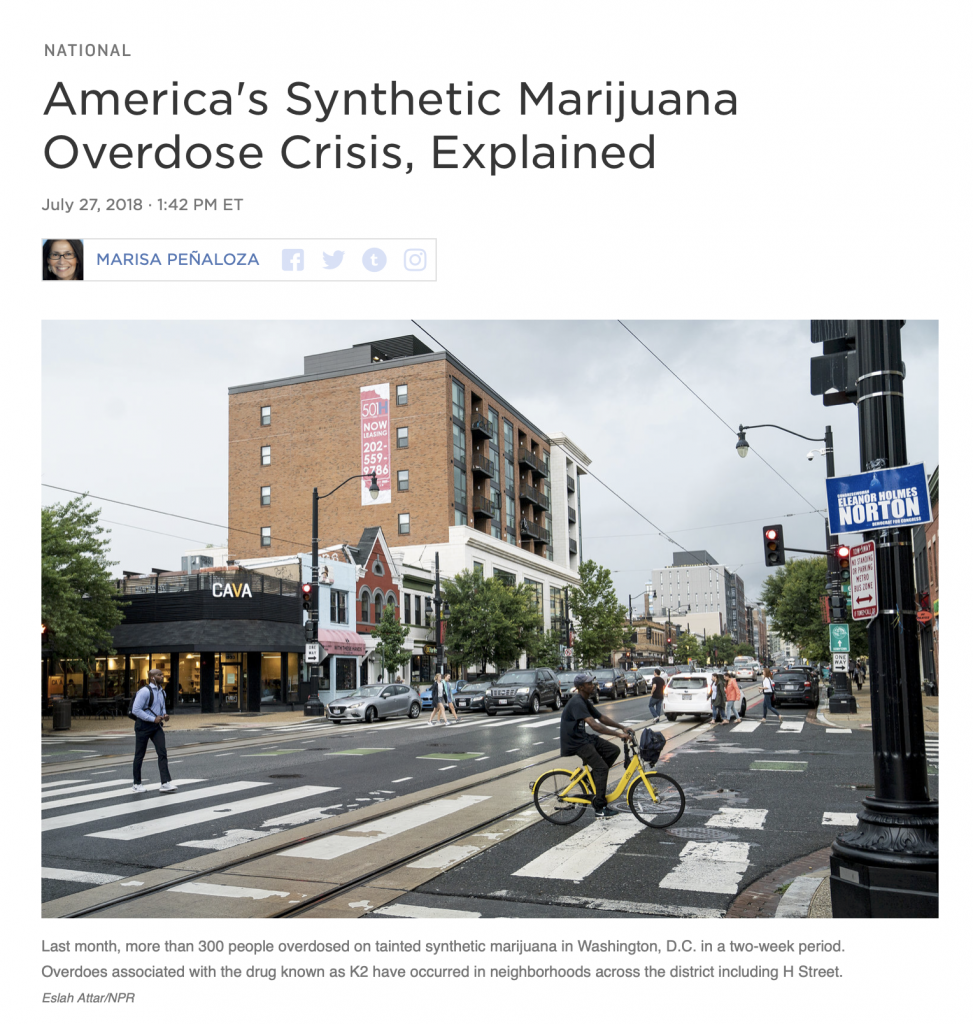 I don’t want to fear monger. But I just want to keep you updated on my experiences, and what I know and researched about C-Liquid and Synthetic Marijuana. I understand the value there is behind research chemicals, and we don’t want to ban something with a wide brush because of a rash of misuse. But there isn’t many benefits right now in consuming something produced with little to no oversight, in a Chinese production facility, that can potentially leave you permanently insane. This is all I will say on this topic. I don’t condone, promote, or encourage the use of ANY mood altering substances, let alone Synthetic Marijuana. And I don’t want to see any of you getting hurt.