Jenn had a very productive and successful year in 2017. Her project with FlavorPro has really brought in tons of information for mixers and have garnered her tons of attention. Now, while she’s not a new mixer, she had a breakout year in 2017 and because of this I wanted to add her to the list. Her intense sense of smell allows her to cater to a completely different group of mixers that don’t need 30% flavoring and 2% sucralose. She’s changed DIY for many and because of that, she’s on the list.

Fear had a phenomenal year in 2017. Like Jenn, he’s not new. But because of his production and attention to the community this year, he’s become widely known in 2017. But the reason he lands on the list is because of his work with tobaccos. Really changing the way a lot of mixers look at tobaccos and treat tobaccos. From Cardinal, to Abuela, his tobacco recipes have really appealed to the masses in a way we haven’t seen before.

There’s no doubt that ConcreteRiver has been the most impactful in 2017. Mainly with his immense flavor note library. Stats from Apexified show that ConcreteRiver has created over 750 pages of DIY flavor notes. Those are numbers just never before seen. And because of this saturation, many have emulated his style of note taking, his recipe development, and even his path to recognition. If there’s one name that people heard of in 2017, it’s Ricks. 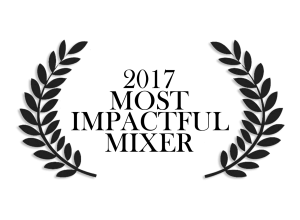