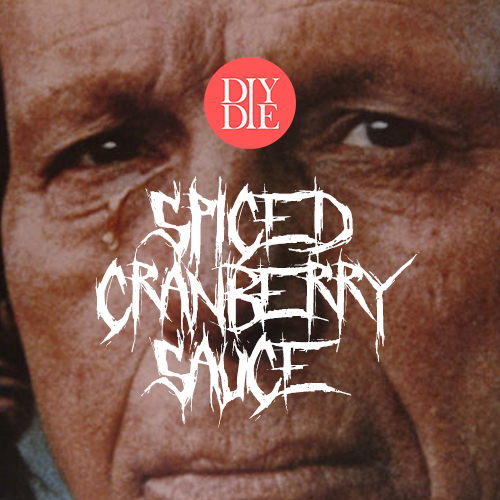 Thanksgiving is about two things. Football and carbs. I wanted to create a recipe that invoked the spirit of Thanksgiving, while complimenting all the different types of foods and drinks you'll be consuming on this day. Cranberry Sauce just makes sense. I'm not the biggest fan of Cranberry, or Cranberry Sauce, but in this vape, it works. It also pairs up damn well with beer, whiskey, and other heavier, warmer spirits. Mix this up and remember the days of when thousands of people were killed thanks to religious conquests of a select few.

This recipe is a delicious cranberry sauce sprinkled with cinnamon sugar meant for vaping right after your Thanksgiving feast.
Don't forget to remember the thousands of lives destroyed for no reason other than empirical prowess and religious conquests.
Otherwise, you wouldn't be able to watch the NFL on your Flat Screen while you pig out on a dry bird covered in the secretions of said bird.
Video and Flavor Notes -> http://bit.ly/2mSQcMV

TFA Cranberry: This is the entirety of the recipe. This flavoring by itself is subpar. It packs a nice cranberry top note, but the body seems a bit linear, there's a slight medicinal flavor to its taste, and it often bullies other flavors. In this mix I'm using it at 4% to really bring all its flavor out, and the rest of the ingredients in this mix will help contain it. If you want more cranberry in your recipe, I wouldn't crank this one up. I'd turn all the other stuff down a notch. But I also, don't recommend messing this recipe at all since its already balanced.

FA Pomegranate:  This flavoring adds that special type of sweetness and tartness you get from a cranberry sauce. While its flavor isn't as accurate, its much more vapeable. At 1.5%, the pomegranate adds another level of dimension to the fruit that is much needed. Filling out the body a bit more, adding a bit more natural sweetness to counter the medicinal flavor, and just giving some nice pomegranate accents. Here is an episode of Noted on Pomegranate

CAP Cinnamon Danish Swirl: This flavoring adds the "spice" or cinnamon sugar to the recipe. I chose this ingredient because I didn't want to distract too much from the cranberry with other, harder and sharper cinnamons. This one is nice and fluffy, stands above a lot of profiles, but doesn't get in the way. All I need is 3% in this mix to do what I need to do.

TFA Brown Sugar:  The secret weapon. This gives the recipe that "saucey" feel and flavor. Without it, the mix tastes too much like a cranberry juice. When we add this in, things start to thicken and the recipe just pulls together much more. It also helps bridge the fruit with the cinnamon without introducing any offnotes. Only need 1.% here.