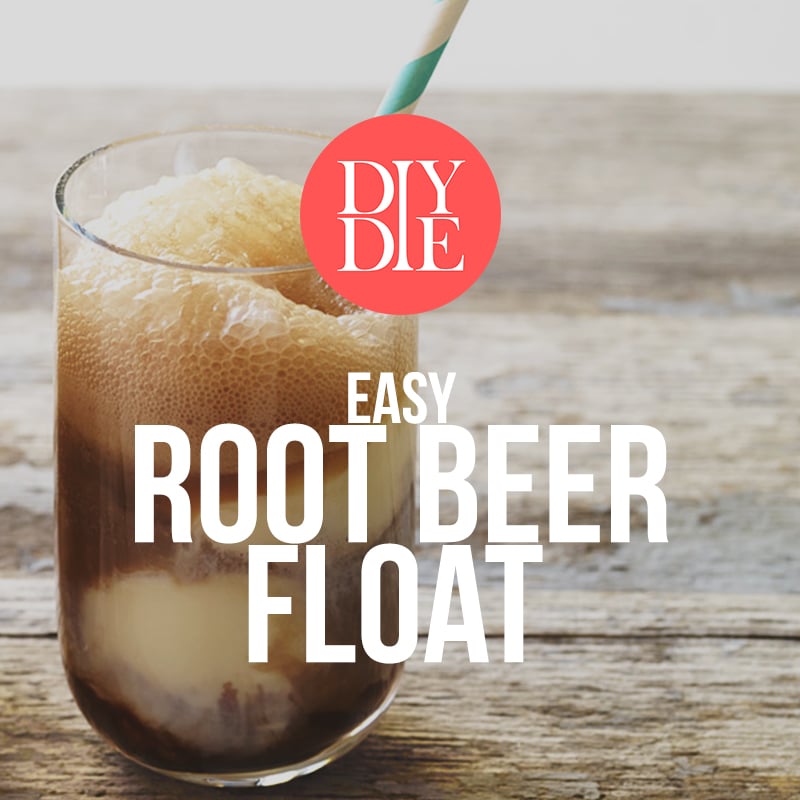 In the video above I show you how to make a very simple Root Beer Float recipe using only 3 ingredients, some sweetener, and VG/PG/NIC. These simple types of recipes are great for a variety of reasons. One being vibrancy. Simple recipes are often packed to the brim with flavor. Other reasons include speed. They're super quick to whip up, great for someone who just wants something to vape or beginner / novice mixers looking to get started. Simple Recipe does NOT equal Simple Flavor. They are two completely different things, and this recipe is a great model of that.

This is a really easy, yet complete, root beer recipe with vanilla ice cream. FLV Root Beer is easily all you need, and the vanilla is just accent. I've messed around with FLV Root Beer a lot, and always just go back to something simple and at 5% the flavor pulls through on any kind of device. RDA, Subtank, Ego, w.e. Just a solid and simple recipe that is sure to impress anyone who likes root beer.
MADE FOR VIDEO "EASY ROOT BEER E-LIQUID RECIPE"
->

FLV Root Beer: This flavoring has been making its round throughout the DIY community and for good measure. It's a top tier simple ingredient that packs a very authentic and accurate flavor profile, while also delivering vibrancy, saturation, and depth. I'm using it here at 5% because I want the full glory this flavoring possesses. In this recipe it brings along its authentic root beer flavor, reminiscent of traditional store bought root beer, packed with some more than usual spearmint flavor. That spearmint flavor is what brings the  bite as well as that fake "carbonation" feeling. And that's basically all we need out of this ingredient.

FLV Vanilla Bean:  I wanted a very bright and present vanilla bean flavoring in this mix. But I didn't want one that was heavy and would bog down the Root Beer. FLV Vanilla Bean is the perfect flavoring for this situation. If you don't have FLV Vanilla Bean, feel free to use FA Madagascar (Vanilla) because it's similar. This ingredient is quite potent so only 0.5% is all we need. If you're using other Vanilla's, feel free to tweak according to taste. But this vanilla flavor will sit atop the entire mix and add a nice bright vanilla dimension to the mix that compliments the root beer perfectly.

FW Vanilla Bean Ice Cream: The last ingredient I'm using is FW VBIC. This fills out the "float" part of the recipe. I'm only using it at 1.75% in this mix. Like I mentioned above, I don't want my float to weigh my Root Beer down too much, and 1.75% is barely enough to add some soft dairy to the mix without distracting. If you have TFA or CAP VBIC, feel free to sub. This recipe is quite forgiving. And adjust to taste. If you want more ice cream float in your recipe, turn this ingredient up and the root beer down. Or if you want more root, vice versa.

(OPTIONAL) CAP Super Sweet: I love my recipes sweet and accurate  to their counterparts. Root Beer and Ice Cream are both sweet, so I feel a touch of sweetener will help this recipe as well as bring some more saturation and vibrancy to the table. Just a touch though. 0.25% if plenty in this mix, but feel free to use as much or as little as you see fit.