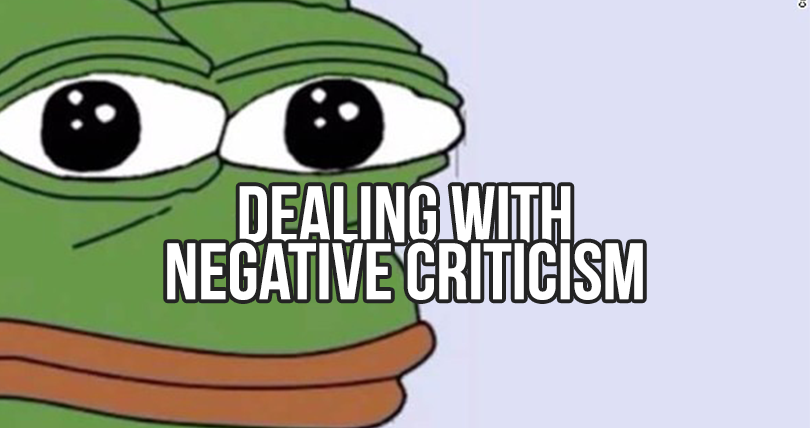 If there's one person who knows a little something about negative criticism, it's me. I don't mean to sound conceited, but looking at pure numbers, I'm the most criticized mixer out there. It's at least me or HeadinClouds. I'm constantly dealing with all types of criticism, some good, some bad. The problem is that criticism is a good thing, but being able to discern good criticism from bad, is often quite difficult. This article will contain my tips for how I deal with criticism, how I try and filter out the bad critiques, and how I utilize the good ones. If you're a mixer who doesn't have a care in the world about what anyone says about your recipes or your work, then consider yourself lucky (and also, this article probably won't help you too much). But if you're a mixer who encourages feedback, and is always looking for ways to improve yourself, then let's get started.

The first thing you need to look out for are trolls. Luckily, they're the easiest to spot. A troll usually doesn't show its ugly face. So any account that doesn't have a name attached, or an account on FB that doesn't have a real person behind it, maybe their avatar is an image of a dolphin jumping over the moon, those are almost always trolls. They only exist to get a rise out of YOU. They will often comment obscene and completely irrelevant things. Such as "Shut up Fa---t" or "Go Kill Yourself". Some trolls, though, are a bit more subtle. Such as indirectly comment about you in other places like forums or message boards. And it's never positive. Now, trolls are fueled by attention and jealousy. They are always jealous that you have the attention, and not them. So the best way to shut them up, is to keep doing good things! Don’t' EVER feed the troll. It serves no purpose. There is no reasoning with trolls, there's no changing their minds, and one thing you need to learn, is that you can't beat a troll by interacting with it. Just ignore it. It's their kryptonite. And remember this one thing. Trolls are usually a sign of success. The more trolls you have, the more successful you're becoming.

Not all bad criticism is a troll. It might often seems as such, but bad criticism, is sometimes just bad criticism. Also, bad criticism isn't always negative criticism. Bad criticism is just criticism that isn't helpful to you, or can actually harm your work if taken. It's the kind of criticism that does the exact opposite of what it's supposed to do, and that's make you BETTER! So spotting bad criticism is necessary to really use critiques effectively. First thing to look out for, those who aren't experienced. If I go up to Tom Brady and tell him he needs to keep his passes down the seam a lot tighter, he's going to laugh in my face. Why would he take my advice? He's won 5 super bowls and I haven't even BEEN to one. So why would someone with less experience than you, know what's best for your art? They might have the best intentions, but they might just be misguided. And that's not to say less experienced can't give you good advice, you just need to make sure you can spot the bad ones. Another good way to spot bad criticism, is to look at the critics work. If you find that this person creates art so much more differently than yours, maybe their critiques aren't really best for you. They often critique behind their own perspectives, and unfortunately, their perspective is not, and will never be, their perspective. So keep your eye on your work and how you want to portray it. One last way I can spot bad criticism, is through motive. Why is this person critiquing your work? Do they generally care about your work? Or do they just want to add their two cents? Maybe they are purposefully trying to put you down for their own benefit? Whatever it may be, trying to find out the motive is the difficult part. But once you find it out, it makes deciding if the critique is worth it, much easier.

Lastly, we talk about good criticism. Good criticism is extremely effective at making you evaluate your work. Think of it like this. We often look at our work with rose colored glasses. It's hard to view it from any other perspective other than our own, and the critiques allow us a bit of a break from that view point. And when you get a really good critique, it can add a lot to your artistic repertoire. Good critiques mostly will come from your peers. Those who work you respect and admire. Never brush off the advice and criticisms of those. Even when they are simple "you could've done this a bit more", anything that gives you a different look at your work, is often useful. So how do you utilize good criticism? For me, I like to make a note of it, and do my best to work in those pieces of advice in my next projects. So if someone says "the chocolate flavors are a bit too thick here", in my next project, I'll make a point to turn the chocolate down or change the chocolate completely. It might not make the recipe better, but it's worth a try. You want to cover all your bases and ensure that you're using everything you have at your disposal. The worst thing you can do is waste a good critique. 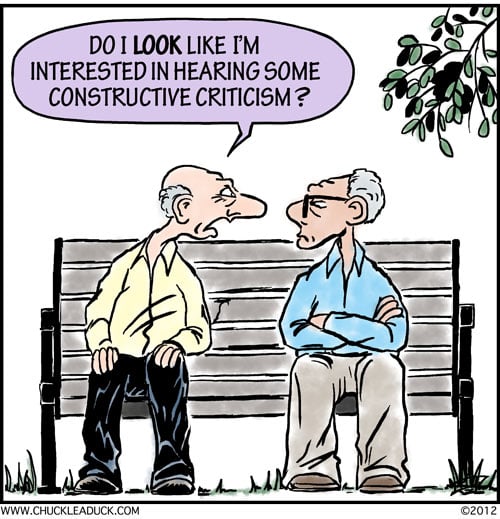 So, as you can see, criticism is more tricky than it appears. Not all of it is good, and of course, not all of it is bad. But being able to discern between the two is imperative to you looking at your work through different eyes. And if you happen to get some negative critiques, your best point of action is to just ignore it. Especially in the situation of trolling. Nothing but a waste of time, and time is money. Keep your eyes and ears open and keep chugging on.