This recipe is a Pumpkin Pie recipe fit with a soft sweetness, nice light and flaky crust, and a touch of spice. Perfect for Autumn time
This recipe was made for "(HS) Pumpkin Pie" FlavorBook Entry
-> http://diyordievaping.com/2017/09/28/hs-pumpkin-pie/ 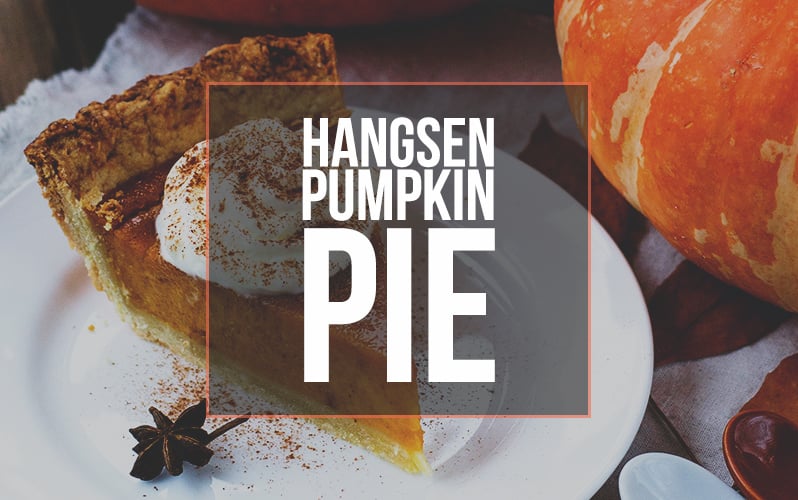 Hangsen Pumpkin Pie is a flavoring that's unlike any other pumpkin available. Most are flooded with cloves and nutmeg flavorings that demolish any type of subtley in a recipe. Hangsens is more a plain pumpkin filling ready to bent into anything you'd like. This recipe is my rendition of a pumpkin pie using this ingredient.

HS Pumpkin Pie: This is basically the body of the recipe. Without this flavoring there is no recipe. 6% allows its thickness to really be present, while giving us everything we need from it. Also at 6%, the texture becomes very apparent. All the other flavorings involved boost the subtle notes already present in this ingredient.

FA Apple Pie / TFA Graham Cracker : These flavorings are the crust of the pie. FA Apple pie adds that buttery crust while also lending some soft sweetness from the inherent apple. TFA Graham adds a more rich crust flavor that blends so well with FA Butterscotch.

CAP Pumpkin Spice: And to top the recipe off we need a DUSTING of these notes to really drive home that autumn flavor. Just a SPRINKLE of this stuff really helps sell the authenticity, adding clove, nutmeg, cinnamon, and allspice to the mix. You can easily sub this flavoring out for FLV Rich Cinnamon if you want a more cinnamon based Pumpkin Pie