So this Affogato recipe has been quite difficult on your boi, here. I kept running into walls with the recipe. Namely with the coffee aspect of the recipe, the most important part. The reason being that most of the coffee ingredients I have been using all taste slightly similar. There's a specific coffee note they carry with them, and then after a few days, nothing but burnt coffee grinds, or burnt popcorn, emerge from the recipe. So the next obvious step is to develop my own coffee "base" or "layer". I will be doing this by pairing up a few ingredients I think give the coffee authenticity, while also giving me room to bend and play with. Here are a few pairs I've come across.

This flavoring packs a certain type of dryness to its flavor that I think can help bring about a more "mocha" like coffee flavor. It's dark, it's easy to blend into creams, and has an overall nice flavor if you like chocolates.

When you pair this up with TFA Double Choco, it creates somewhat of this interesting mocha latte flavor. The nuttiness of the Toasted Marshmallow, with the dryness of the Double Chocolate, gives you a lot to mess around with in terms of mocha latte. You might find there's just a bit too much creaminess to the profile, or its just not bold enough on the "coffee" aspect, but this is a good start. 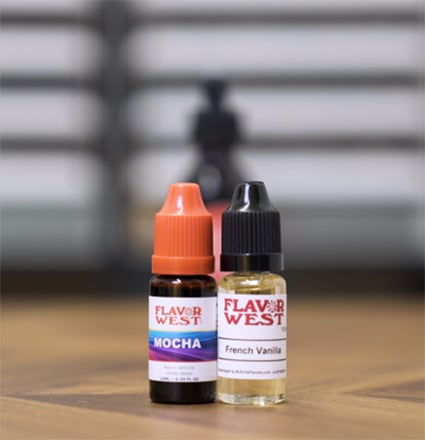 Here we're cheating a bit and using a flavoring that is technically a coffee, though it doesn't really taste too much like one. It's more of a nuttier chocolate flavoring, that's dark, has some deepness to it, and can take on any properties of cream you pair it up with. That last part makes it particularly fun to try and bend. While it doesn't have much body, it makes up for it in its ability to hold onto certain creams. And in this pairing we're choosing FW French Vanlla

I like FW French Vanilla here because its thick, rich, and has a specific spiciness to it that I think I can harness in a coffee. A lot of times, people add spice and vanilla's to their lattes or coffees so this flavoring will help us get their through consolidation. Plus it's not too heavy where it's going to wipe out the body-less mocha. When paired together, the flavor is similar to a Mochaccino recipe where there's chocolate, dairy, vanilla, spice, and a light coffee bean on the end.

This pairing here is easily my favorite of the bunch, and probably the pairing I will end up using in my Affogato recipe. Capella's Chocolate Caramel Nut is an excellent flavor that holds so many different dimensions, and yet does such a great job of portraying all of them within one recipe. For instance, the chocolate aspect is very much prominent. This will add an awesome dimension to the recipe when blended with the ice cream. Then you have the nuttiness on the end that's so rich and bold, it's impossible to ignore. This will give the illusion of coffee bean, especially withe light chocolate flavor in there to boost its authenticity. Lastly, the thing missing from most of the other pairs, the body. The Caramel adds the perfect level of body and legs to the recipe, perfectly emulating the lingering flavor of a fresh cup o' joe.

And then you take the CAP Sweet Cream to add some dairy notes in there to help blend in the flavoring to the ice cream part of the recipe. There's not much else this flavoring does with the pair, other than help out the ice cream layer we have. Blending these two ingredients into the recipe won't be easy. There's still a lot of work to be done. But finding this ingredient has been like finding the missing key. It encompasses everything I need out of a coffee, while removing the burnt coffee grind/popcorn flavor completely out of the mix. 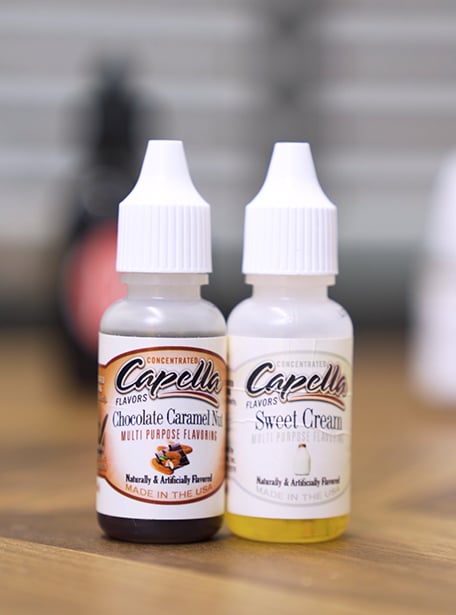