The path to South Africa was pretty rough. The trip consisted of leaving Philadelphia, taking the Amtrak to NYC which takes and hour and a half, then taking the subway to my buddy's apartment in Brooklyn which took an hour, then taking an Uber to JFK, which took a half hour, then 2 hours at the airport waiting for my 15 hour flight to Johannesburg, then another hour leaving that airport, and then another half hour traveling to the hotel. All in all the trip took about 20 hours. But I've made it safely here and I'm currently typing this out of the comfort of my hotel room. I've not really known too much about South Africa. I didn't do too much studying before I left. I know what most people know about SA. Their country went through a rough period of time known as Apartheid which only ended in 1991, and Oscar Pistorius won gold medals while also killing his wife here. I also know there is a high crime rate here. So surprisingly when I was approached to come out by one of my South African business associates, I had to accept. I wanted to know more about the country from a first hand perspective and learn how the vaping industry interwoven itself into the fabric of this country's economy . Is it truly a lawless and dangerous land where lions and cheetah roam the streets along bandits? Or is it a land misunderstood, ripe with a vibrant community and culture?

I learned quickly. Upon landing I was picked up from my friend Joel, the owner of Mr.Hardwicks, an eliquid developer/producer out of Joburg. Driving to the hotel I was greeted with the landscape of the country. Long, open, and vast landscapes. The land is flat, but in an unusual way where you can see almost miles of country. What was surprising was that the city of Johannesburg is more suburb than city. What also was surprising was the alarming amount of security all the homes have. Barbed wire, electric fences, fences with spikes atop, hidden spikes, dogs, expensive monitoring systems, and private security firms protect almost the entirety of the communities. We came upon a very interesting site on the drive. A roadblock that the police set up, much like in the US where they would perform DUI checks. Except this was more of an extortion scheme. The general understanding is that the police already have a ticket in hand, and when you come to the roadblock if you're not completely covered in ID's, or lucky, or you happen to have some extra cash for a bribe, you will be handed a ticket. We saw three on the 20 minute drive to the hotel. Upon some research I found out that the police are vastly outnumbered, underpaid, and to put it simply, corrupt. And the way the community has dealt with this, along with contrast of a high crime rate, was the private security outfit. Basically, home security systems like ADT have their own taskforces that basically patrol and protect the streets doing the job of the police in a much more efficient way. And this is the perfect model of the attitude and economy of South Africa.

I linked up with Joel over two years ago. He found me from DIYorDIE when it was in its infancy and asked for some recipes. The South African vaping market was still a baby, and Joel saw a good opportunity to build a helpful and profitable business. I wanted to work with him not only for the money, but I was generally interested in seeing how his company and the vaping community here in SA would grow. We figured if we got in early, we could influence the market to produce at the standards we expected, and not the standards of other less-affluent countries. And ever since then it's been history. In these short two years the market has exploded. This years Vapecon people were waiting in line, camping from 4am, to get in which didn't start till 9am. There was this exciting and invigorating feeling in the air. Once the gates opened, the people flooded the floors ripe with smiles and their wallets wide open. We had a nice size booth here, and shared it with another awesome vendor, The Flavor Mill, right at the entrance of the show. The entire show was constant movement. I must taken over a hundred pictures, shook a thousand hands, sold tons of stock, and overall just had a wonderful time.

I was surprised by a lot of things as well. One being how strong the DIY scene is in the country. So strong in fact that they asked me to speak at the show, in which people actually participated in. I couldn't have been more proud. I met a good 70% of the vendors there all of which personally thanked me for teaching them the ways to mix and helping them put food on their tables. Seeing that kind of change in people makes me tear up just a bit. I also learned how tight knit the vaping community is in South Africa. It's in its early stages, and the entire show reminded me of the US markets 4 years ago. I even got to speak with the owner of SavuerVape and The Standard, and he expressed the same opinions. When someone who's been successful in the industry for almost 8 years tells you something, you listen. Overall, seeing the resilience of the people there, watch them take care of each other, have eachothers backs, and know they're all in it together, was really inspiring, and shows the power of vaping. Something that has since been lost on me and I'm sure many others who've been in this for a while. 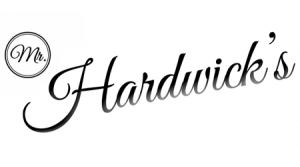