In an interesting series of events, it seems as if Darkstar Vapour (A DIY E-liquid mixing vendor out of the UK) has purchased and obtained the names and trademarks of FlavourBoss, a rival UK DIY vendor. In the images below you can see that two trademarks have been filed by Darkstar back in May for the names Flavour Boss,  as well as their claim to fame, the Boss Shots. Darkstar and FlavourBoss have been at ends for quite some time now and its easy to see this is a power move coming from DSV. 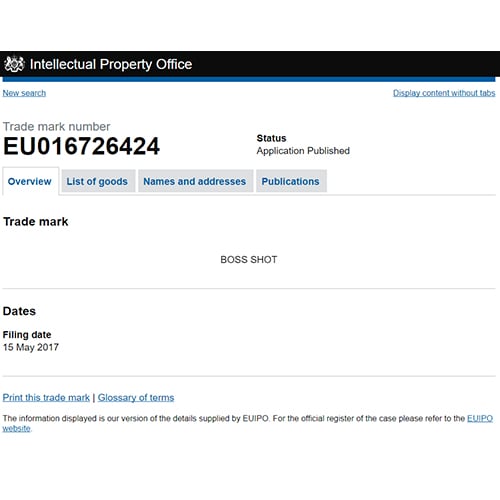 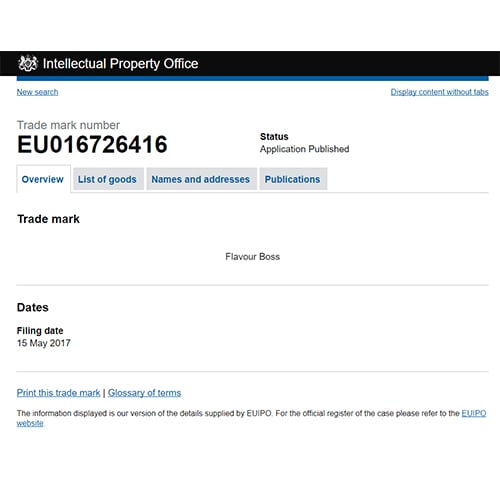 This was brought to DIYorDIE's attention by one of the more active members of the community. He posted about the incident on the Facebook page immediately upon discovery. This has drummed up a ton of controversy within the thread itself, on the FlavourBoss FB page, as well as Darkstar's own FB page. Many mixers have exclaimed their disapproval of the move made by DSV, some even going so far as to leave the DSV customer base completely. While others cheered on DSV, or owner Rob Scammel rather, chalking it up to a strong "buisness" move and tell those who are upset to stop complaining. One big point of contention is the recipe theft and plagiarism FlavourBoss conducted in. If you remember, DIYorDIE's own recipes were stolen and branding used for profit by FlavourBoss. Not only this, but once DIYorDIE brought up the theft and plagiarism to FlavourBoss and owner Rob Hackin, asking politely to remove the recipes, branding, and naming from the concentrates, DIYorDIE was then immediately heckled and banned from their groups. So it's safe to say that FlavourBoss is not very kind to the DIY community and more kind to the pockets of their owners. 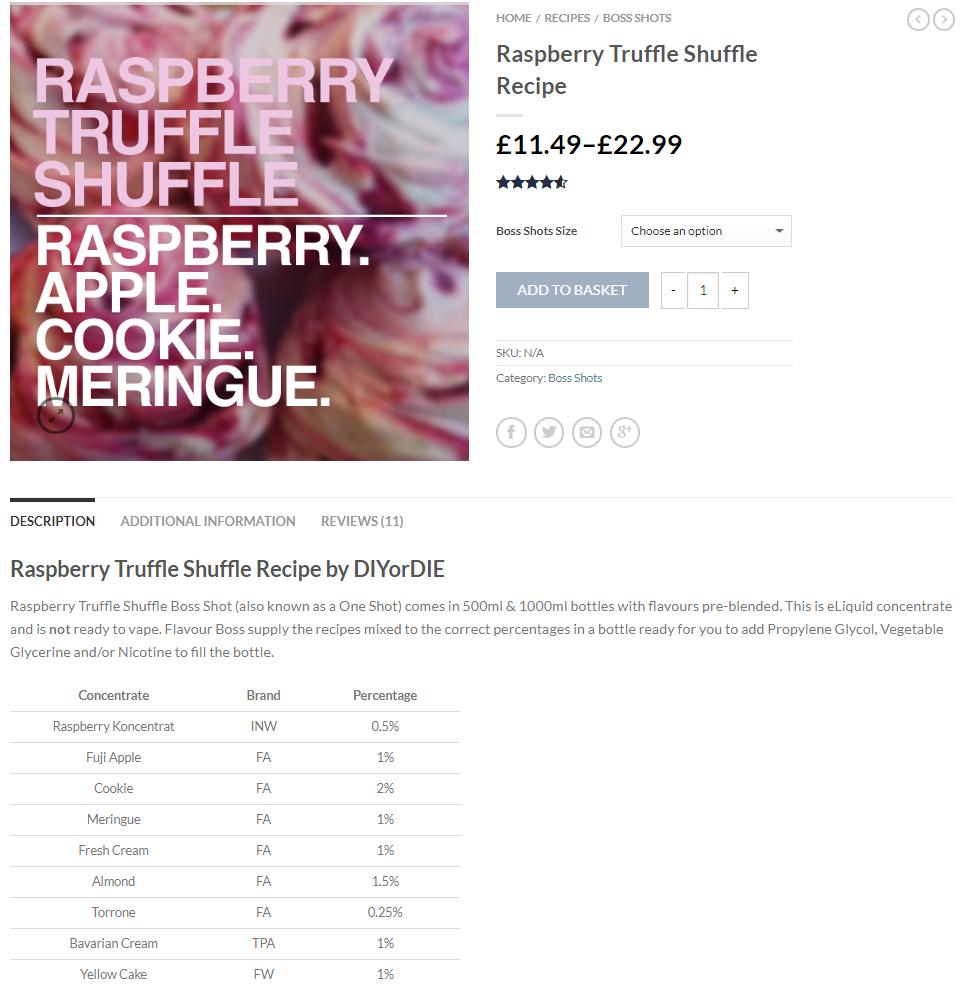 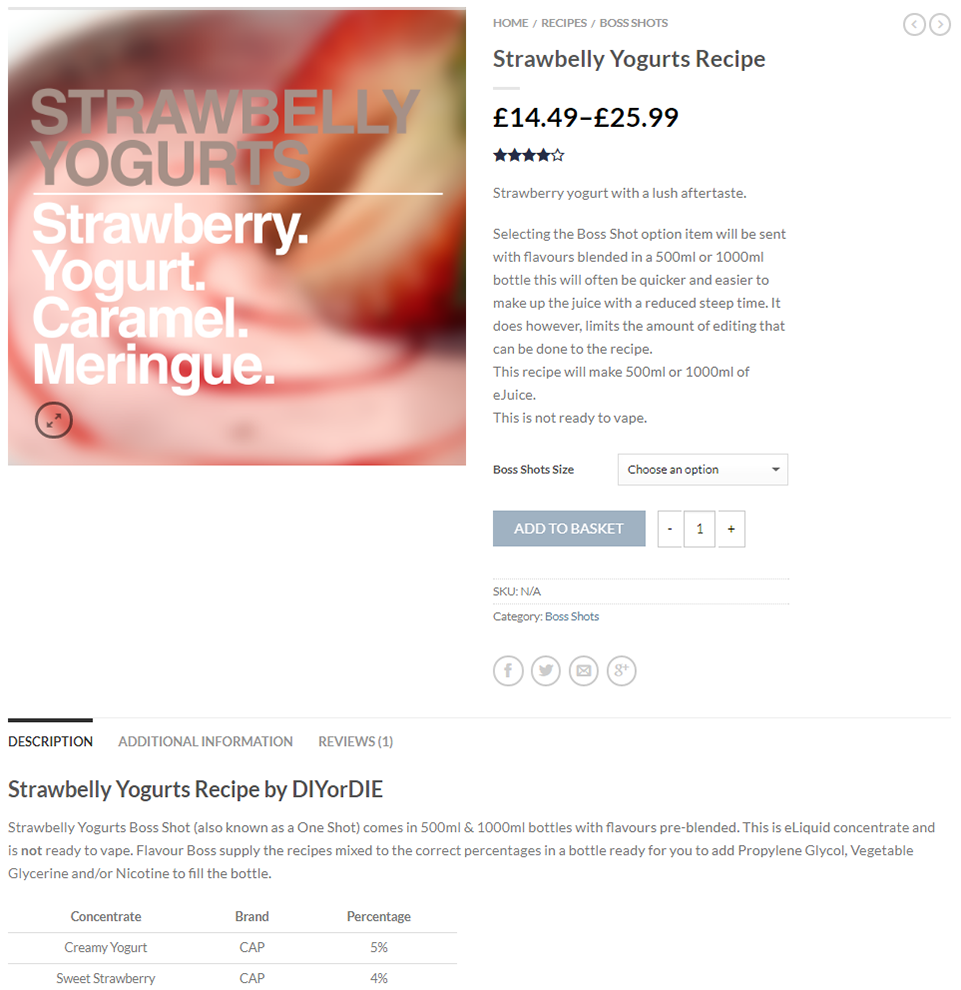 So whatever you feel is the moral issue at play here doesn't matter. What's done is done. Does this mean that FlavourBoss can't use their name without legal recourse? Well, not really. They can get the trademarks and names back through a matter of legal work. We're not quite sure the reasoning behind this move by DSV, nor the possible benefits from doing so unless its going after FlavourBoss directly in a legal battle to have them rebrand. This is the official response from the owner himself. 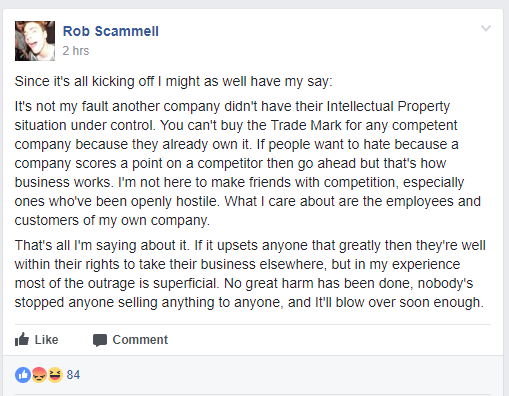 According to owner Rob Hackin, it seems as if the acquisition was known about before it became public. We've also become aware that one of FlavourBoss's employees/vounteers Graham McKenzie has stated its being taken care of.