A Billion Lives is the Documentary created by filmmaker Aaron Biebert. It’s a documentary that covers the corruption and battered history of Tobacco Harm Reduction, and revolves around the topic of Vaping as its Martyr. The documentary has seen tons of different theaters across the world, with both public and private viewings, mainly for those in the film and vaping industry. The movie itself has been the center of a lot of controversy within the vaping community. Much of which is quite warranted. Most of this deals with the timing of the release, and how the film was to be viewed. The films goal is to inform the audience about the corruption, explain the real truth behind vaping, and motivate them to defend the lifesaving product against any wrongdoing. Unfortunately, most in the vaping industry and community already are aware of this, and the community felt as if the wrong audience was being targeted. And not targeted via the film, but how the film was released. Biebert toured the globe playing a ton of public showings at indie film houses. In order for the film to be played at a theater near you, a certain amount of interest and tickets needed to be sold. This was the only real way to make any sort of money on this movie. He relied on the vaping community to band together and get their friends and family, who DIDN’T vape, tickets to view the film. This was promising especially due to the reaction of the trailer by the community. But as we all can see, this didn’t pan out that way. Mainly vapers and those in the industry cared enough to view the film and purchased tickets. Much of the community asked why this film wasn’t released online, or via Netflix. And the answer is basically that they needed to pay for the film first, and Netflix had first turned down the film.

But finally, the film was released in a way that ANYONE can view it. They have finally released the film digitally, which you can view here, or here on iTunes. This is probably due to the end of the film circuit, and Biebert finally feels he can put the film out in a way that isn’t necessarily profitable, but impactful. I suggest if you have a Chromecast you use the first link, and if you have Apple TV you use iTunes. I watched it the other night with Kate, someone who isn’t fully aware of all the intricacies of the corruption and legislation floating around. I wanted to gauge how she not only reacted to the film, but also understood the situation fully, and most of all, was entertained by the film. And that’s how I will be reviewing this documentary. Is it impactful, does it explain everything easily and clearly, and is it even entertaining to watch.

So to quickly run down the plot, the movie opens up with a long drawn out history on Big Tobacco. Big Tobacco’s rise, the battle of science between it and the health officials, and then into the entirety of the Master Settlement Agreement. This is all explained through only a couple people, one being the Winston Man (who carries most of the screen time in this entire film) and also a former head of the World Health Organization. Looking over at Kate, I could tell this was not keeping her attention at all. And this is the movies fault. Biebert fails to explain this very integral aspect of the story in an engaging way, other than the Winston Man’s part. Partly due to the lack of characters associated in telling this story. And it feels as if it trudges on. This greatly hurts the impact of the film. Then the second half of the film starts to pick up a bit. This is where more characters are introduced, more viewpoints, more stories, and ultimately more intrigue. The entire second half of the film covers the rise of E-cigs, talking with its creator Hon Lik, and ECF Founder Oliver Kershaw, as well as other OG’s of the industry. It explains the technology, its usefulness, and then quickly jumps into the conspiracy between Big Tobacco, Big Pharma, and the Government. What Biebert compares it to is the “Bootleggers and Baptists” and parallels the Prohibition era with what is happening against the ECIG Industry. After all is said and done and the credits role, the real question is, are you motivated enough to do something? And the unfortunate answer is no. There’s a sense of dread throughout the film as someone in the industry watching this. It all feels far too big. Biebert smartly brings up the terrible PR image the cloudchasing community brings – even referring them as “freaks” – and this only furthers that dread. But for me the film didn’t quite feel as if you “discovered” this huge tragedy. The way the film explains this all is in a way that feels routine. As if that’s how the world works. Maybe this is due to the movies lack of portraying a true antagonist, or the fact the protagonist just isn’t as “heroic” as we think. Once the movie came to an end, there was no discussion. Me and Kate didn’t debate on topics, we didn’t talk about what we could do to help….the film was just over.

Now I want to talk about the films entertainment. I’m just going to throw it out there, but it’s just not that good. Now we’re taking the subject out of the movie and basing the film strictly on how it tells the story, and it falls flat. The first half of the film sets this tone that the film doesn’t quite recover from. And then the second half picks up, but the very linear nature of the film doesn’t quite bring it up to where you’re engaged in the film. I think the biggest downfall of the film is the lack of content. Basically this entire film is one on one interviews with various members of the vaping industry, former health officials, and then the Winston Man. And this is tied into various clips from news stories about tobacco and vaping, as well as government meetings and hearings. Also, Biebert himself narrates the film in a very “serious” manner. This makes the film not only feel amateur, but also more of a vaping infomercial as opposed to a true “documentary”.  And don’t even get me started on the stock footage usage, lazily strew in, and the cheesy “cloud chasing” segment that hurts their image even more (which I didn’t think was possible). It’s really frustrating. I constantly caught Kate checking her phone, playing with her hair, petting the dog. It felt as if I was forcing her to watch the film. And that’s when I realized that this is how most people who aren’t in the industry or in the community will feel watching this film. There’s no real connection to the audience. And all of this could’ve been remedied if Biebert did more candid interviews or scenes, or incorporated a “boots on the ground” aspect to the film. It’s a shame because the story is so much more interesting and infuriating than the film portrays. Biebert didn’t do enough to tell the story in the way it needed to be told. Rather it feels he took the easy way out by just getting a few people who know what they’re talking about, and letting them run the show.

So is this a good movie? I can’t sit here and lie to you, as much as I wish I could. But no, it’s just not. It lacks the personality and character a good documentary has. You don’t feel connected to that protagonist, which in the case of this movie is the vaping industry. And this is coming from someone who IS the protagonist. Rather than enveloping you into this fight, you feel as if you’re watching from the outside. And like I said before, that’s the most disappointing aspect of the film. The fact the story here is so grand, so epic, and so interesting in itself, it’s frustrating that the film didn’t convey it the way it needed to be. So it ends up feeling like a long PSA about the corruption of an already known evil. Or a long infomercial for vaping products. The film does a great job of explaining the facts, and detailing the corruption, but fails at making that personal connection and engaging the audience in a way that motivates them. Hey, at least this wasn’t another “We Are Vapers” fiasco… 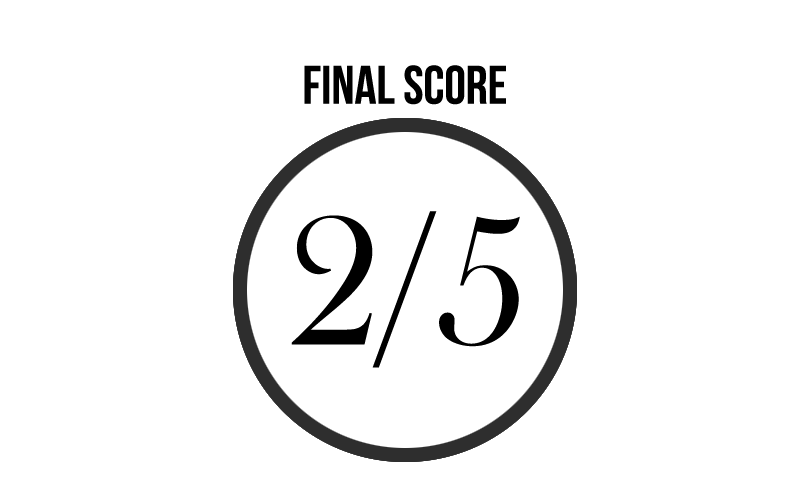