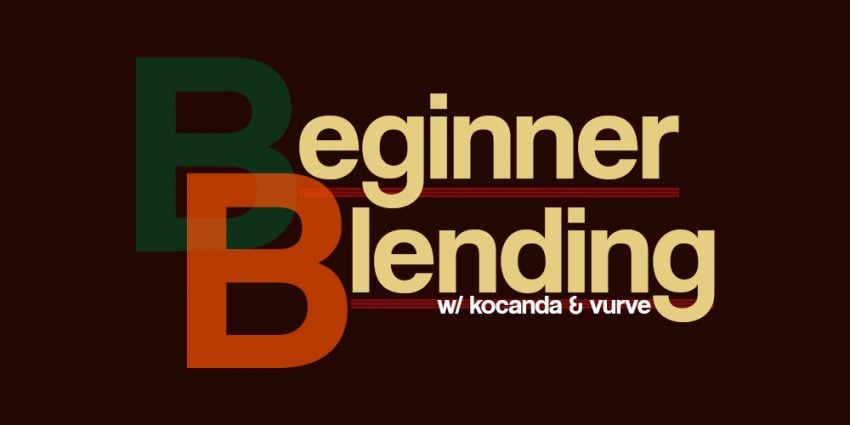 So the last Beginner Blending show featuring Matt, Jerry, and guest Loco, was a show that felt somber and pessimistic. Coming back after a week off, the show was missing its first host Vurve yet again, and just didn't quite have that spark it did when the show first started. In the show Matt even explains his loss for the passion of the hobby he once loved. After the show went out, DIYorDIE sat with the BB crew to discuss the shows future. It was apparent the hosts just didn't quite have the same drive for the show they had before. This mixed in with their current lives and careers, they came to the conclusion of putting the show on hiatus. Taking a break. They didn't want to, they want to keep producing content for the fans who listen every week. But they feel like they have no choice. Even the listeners could see the show just didn't feel the same. And instead of trying to put on a half-assed show with no heart, taking a break to try and rekindle that fire seemed like the much better choice. So Vurve put out the announcement last night. 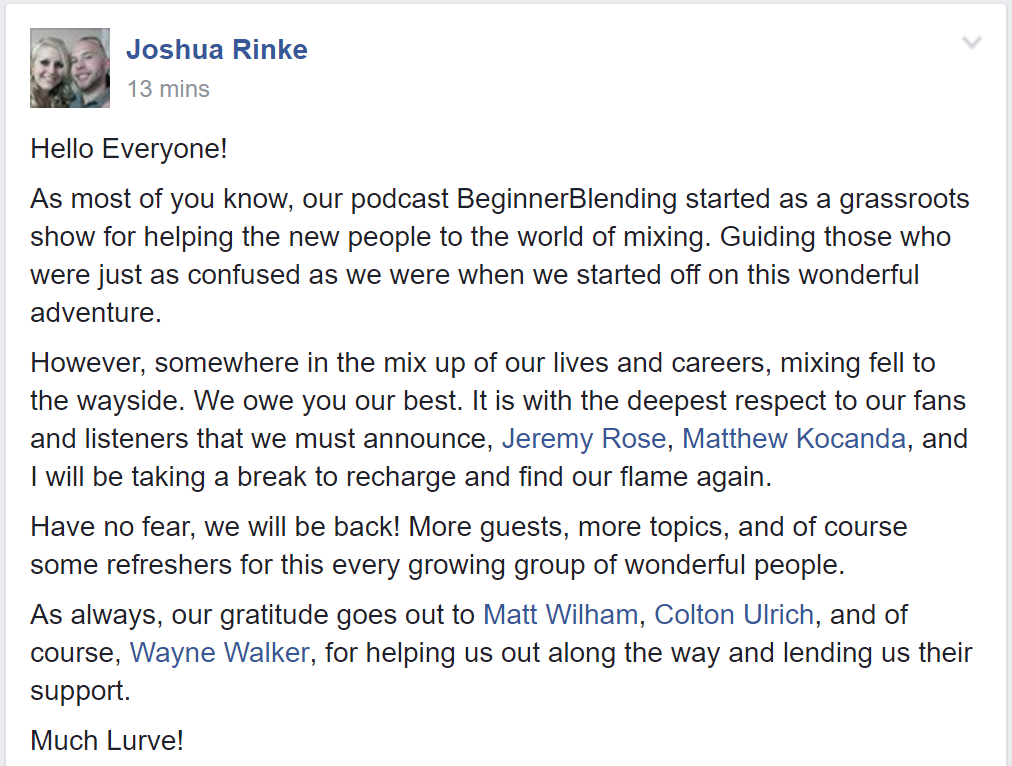 When will the show return? That remains to be seen. I would wager a few months before the BB Boys got back into the ring. Maybe even longer. But I rather see them wait until they're ready to produce the best show they can for their audience, than to rush back with doubts and put on a show that only lasts another few weeks. If you're a Beginner Blending fan, feel free to reach out to Vurve, Matt, and Jerry and let them know how much you enjoyed their time on the show. I'm sure any support for their work - which lasted almost an entire year now, ever week - will be much appreciated by them. In the meantime, there is currently a Monday spot open in the InTheMix Network. My current goal for the network is to fill that spot with another podcast or show. I've currently been thinking about filling it with the networks first ever NON-VAPE show. There are a few ideas that have been floating around, many of which other members of the community have suggested. So hopefully soon your Monday nights won't be empty. If you have any suggestions for shows, show ideas, or know of anyone who would like a spot on the ITMNetwork, feel free to contact me over on the contact page.

Godspeed to the BB guys for some awesome times, an amazing year of beginner mixing content that has helped so many, and being overall great dudes to be with. Much Love.