An article released by VapingPost.com talks about how Joe Nocera, an ex-columnist for the New York Times who wrote pro-vaping articles, but was moved to the “Sports” column where such articles could not be written. Whether this was due to pressure from NYTimes Pharma donors, or simply because of disinterest, is unknown at the time.

We are well aware of the New York Times connections to the democratic establishment as well as Big Pharma, and barring any positive press for vaping makes sense. Oppressing journalists is normally not the style of NYTimes, but the threat of funding cuts make it easy to see why such measures would be taken. Nonetheless, this hasn’t thwarted Nocera’s journey down THR, as he currently is back with a new piece over at Bloomberg. But Nocera is back, and is tackling tobacco harm reduction issues again. This time speaking on the motives behind Big Tobacco’s move towards ecigs and how authorities need to adopt the reduced harm method.

“We give heroin addicts methadone not because methadone is good but because it is better than heroin. With cigarettes, however, the public health mindset appears to be all or nothing — that the only “right” thing for smokers to do is to go cold turkey.” – Joe Nocera, Bloomberg.

Bill Godshall, Executive Director of Smoke Free Pennsylvania broke the news over on ECF, where he posted Nocera’s newest article “When Public Health and Big Tobacco Align” which is now over on 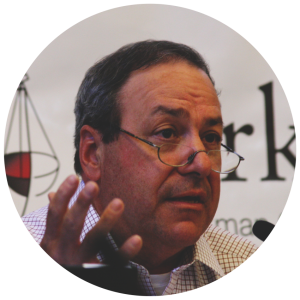 Bloomberg where Nocera currently writes. This newest article by Nocera interested me as it shed some light on a new cover story at Bloomberg about the tobacco industry’s massive effort to “devise and market so-called reduced risk products like electronic cigarettes — products that give users their nicotine fix without most of the attendant carcinogens that come with
combustible tobacco.”

Nocera believes the tobacco industry is pure in its motives, which is to develop safer alternatives to smoking, even end smoking. “As astonishing as it is that a company with $26 billion in tobacco revenue last year would be calling for the end of cigarettes, I believe Philip Morris is sincere. It has spent around $3 billion in research.” I think this is giving tobacco industries too much credit and completely whtiewashes over the lobbying BT has done to keep their products on the market, but ban others. It’s concerning to hear, but Nocera does seem to care more about the technology than the jobs around it. Check out the article and come up with your own conclusions.