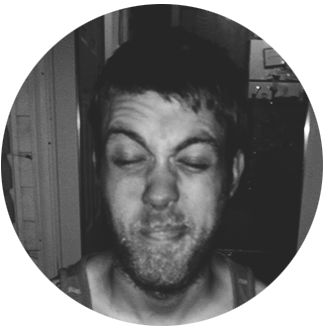 First off, I have to give a big shoutout to ID10-T for the naming of this recipe. If it weren't for him, it would have just been my usual routine of naming recipes for what they are (papaya apricot ice cream with honey...boring as shit, right?). Second on the shoutout list is mlNikon for reminding me how good TFA Papaya is. Her recipe for In A Godda Da Vida is what inspired me to want to build something around that flavor using my "style", whatever that may be. Anyway..on to the pretentious notes section.

The main fruit here is obviously TFA Papaya. From my notes in the past, I found that 2.5% is what I consider to be the sweet spot in a mix. Anything more, and it's too overpowering. I wanted the papaya to take front and center stage, but it felt like it was lacking a bit for what I wanted this recipe to be. This brought me to FA Apricot, which CokeCan praises constantly, so I had to give it a shot. I decided to play around with it and I really like what it brings to the table here. In general, it's a fairly weak fruit flavor for FA, and using it at a 1:1 ratio with TFA Papaya gave me exactly what I imagined when I was first playing around with this profile. It lends a slight tartness, along with a light fleshy, stone-fruit taste that pairs perfectly with papaya.

I was torn between wanting to call this a fruit and cream recipe, or a fruit and ice cream recipe, and I'm still not sure exactly what to really consider this. So, we'll say a melted ice cream with fruit. Semantics aside, the cream portion of this was fairly straight-forward. Nothing too crazy or groundbreaking. However, HS French Vanilla Ice Cream lends just enough of a creamy vanilla note to grab onto the fruits and give that interesting "not quite plain cream" flavor.

The part of this recipe that took the most work was the top note. I wanted something to keep this from being a boring fruit and cream mix, so I kept playing around with interesting additions, which were either causing a strange off-note, or just weren't what I was looking for. In my drunken desperation, I blindly grabbed a random flavor off the shelf and that ended up being FA Honey. Immediately, the wheels started turning. From my experience, honey works excellent with stone fruits and can add an interesting dark sweetness to tropical fruits. It also works really well with creams; turning a boring cream into something you keep coming back to. FA Honey is a strong flavor, so at .25%, it adds the perfect amount to be considered the "honey drizzle" on top of the profile.

CAP Super Sweet is something I've been adding to most of my mixes for the past year and a half or so. I like it more than TFA Sweetener, which contains more than just sucralose and PG (e.g. maltol and water). Super Sweet could very well have more than just sucralose and PG, but the higher sucralose content just seems to work better for me. At .3%, this ends up being about 1 drop per 10mL from the Capella bottle. If you're using TFA Sweetener, bump it up to .75%.

If you enjoy the recipe feel free to head over to the ATF link and leave a comment and review. You can check out all of NotCharlesManson’s recipes here, you can sign up for a One-on-One mixing class with him by emailing him at [email protected], and don’t forget to tune into InTheMix Vaping Podcast every Thursday night at 9:30pm EST, to catch NotCharlesManson as well as Wayne and Skiddlz, talk mixing, recipes, vaping hardware and much more.