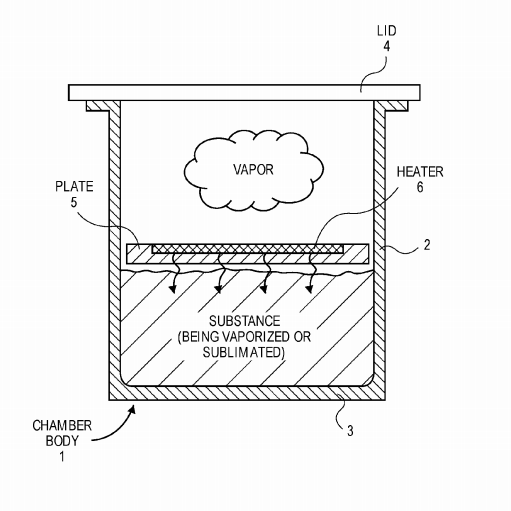 So it seems Apple has just published a patent on some sort of vaping apparatus. We don't know exactly what the purpose of this device is, and the reasoning for me to write about it, is to see if those of you who are engineers/developers might be able to decipher what exactly they could be up to. Now the patent itself doesn't state too much. It doesn't state if there is any kind of user, it doesn't state what that "substance" is supposed to be made up of. And it doesn't state if this is to be used in any future technology they may be developing. What it does state is that "A temperature regulated plate is moveable in the chamber body. The temperature of the movable plate is controlled by means such as a resistive heater, a radiant heater, an inductive heater or a thermoelectric heater" and also "The substance may be a solid precursor that is to be sublimated within a chamber, or it may be a liquid chemical that is to be vaporized in the chamber." 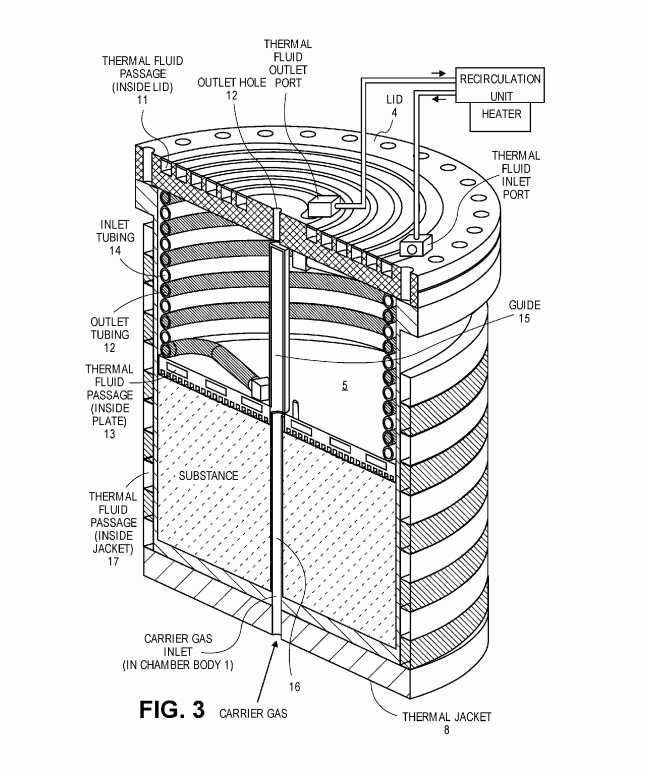 There's a lot of speculation going around, and The Verge has noted that it could be part of Apple's new car technology, maybe as some sort of air freshener. Whatever the case may be, it is interesting seeing the inner workings of a vaporizer patent, especially from a company like Apple. I would love for it to be some type of "cartridge" that you'd fill with your own iJuice, to put on your iVape, to vape on, but that seems like far from the point of this device looking at the figures above. It would be nice to have a giant like Apple on our sides. A boy can dream.