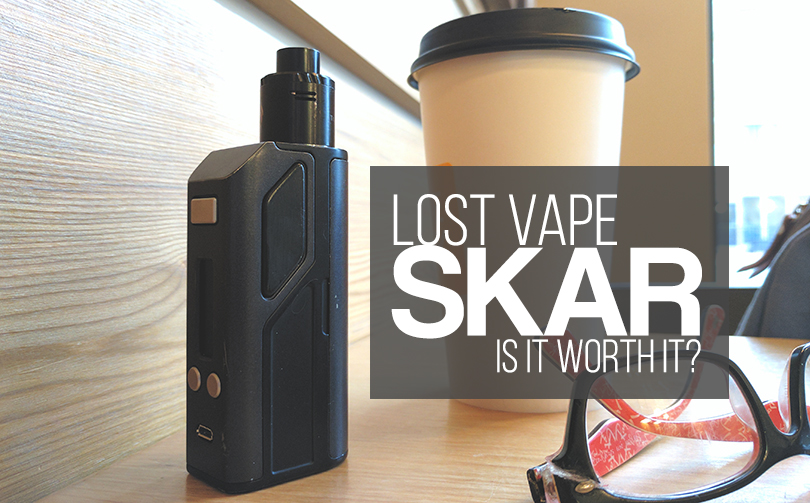 The Lost Vape Skar. Built with a solid machine milling, and a decent amount of attention to detail, this mod is out to strike a look in the low to mid end scene. Taking the Lost Vape space motif to the extreme, this thing just looks sexy. Equipped with an Evolv DNA 75 chip, with all of the power most people need, Lost Vape seems to have made a solid entry into the low-end DNA market. Aimed at people who are picking up their first DNA device, The Lost Vape Skar is absolutely a solid device. Is it everything you want for $100?

When you first open the cylindrical packaging, you’re greeted by the mod along with a silicon sleeve and a few papers. The presentation is very nice, but nothing special. The tube is sturdy cardboard at least so it could be reusable if you’re into that.

Getting this mod into your hand however is where this thing shines. As a single 18650 or 26650 mod, it’s a got a bit of heft to it. It’s not a small mod, by any means. Yet it fits in a hand almost perfectly. The curved back plate leading to the controls is just a satisfying distance one you get used to it. It feels like it was designed to be held, and is a comfortable mod to carry around all day. It just sits in your hand wonderfully, while having enough weight to feel solid, yet not enough to weigh you down. 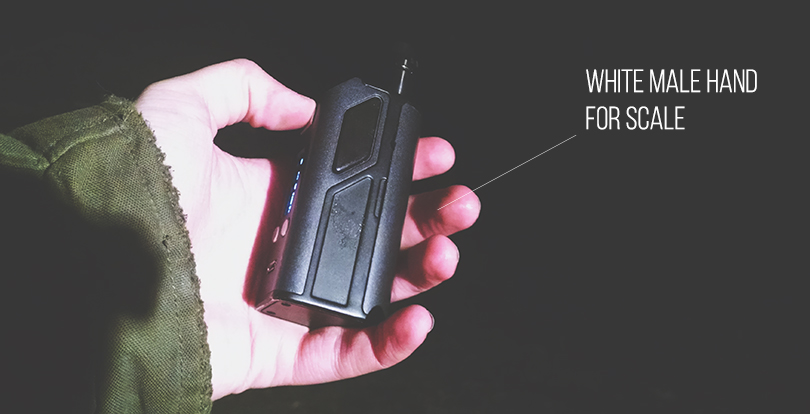 The DNA 75 chip is what this thing is all about. It’s the entire reason to buy this mod. It’s a beautiful chip, offering a multitude of selections and choices, and the ability to change all of them. It’s easy to use, the ramp up time is smooth as butter, and the auto off feature is a lifesaver. Since it relies heavily on using one battery, the fact that it always turns off, even when put into stealth mode, when you’re not using it is amazing. It’s responsive, fast, and thanks to the Escribe software, entirely customizable. It’s just one of, if not the best, chips on the market.

The looks are where this thing gets subjective. Me, I love the look, but I can see where some people might hate it. Keep in mind, the wood on the version available with it, IS NOT REAL. It’s a very nice polished piece of metal that’s been painted. It feels great to hold, but that’s where my biggest gripes come in. It’s not real wood, and on the one I received, barely even looks like it. The paint color is dark. As in, it looks less like wood, and more like a fake black paint job. One side even has a greenish tint to it which is a little off putting. The paint is also already starting to chip a slight amount after only a week, so definitely keep that in mind.

Other than the gripes with the wood and the paint job however, this thing just looks sexy to me. It’s just subtle enough to be unassuming from a distance, but once you get close, the beauty of the piece starts to show up. It has a semi futuristic vibe to it, with the jagged angles and clean look. With either the grey or silver, and wood or carbon fiber, this thing just looks nice. It’s just so fucking unassuming from a distance, yet it’s just so clean close up. It’s a perfect mod for people who aren’t trying to draw a huge amount of attention to themselves 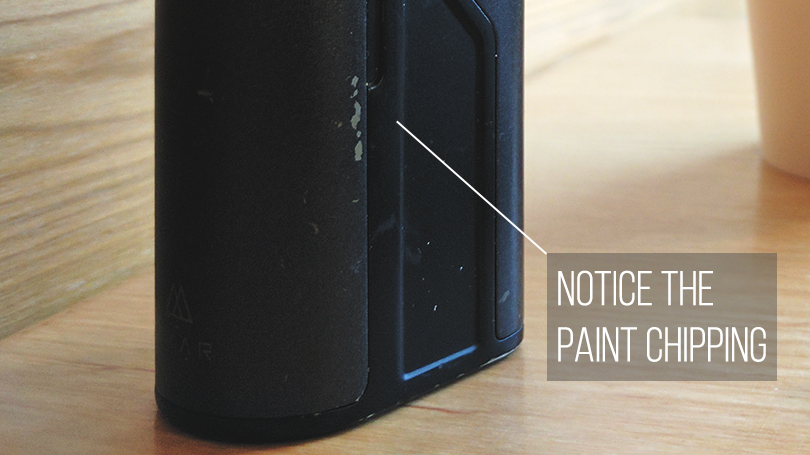 Is It Worth Your Money?

Overall, it’s a great mod for the price, IF you are into the looks. Just keep in mind the paint isn’t in the greatest, but the rest of the quality is quite good. If you enjoy the looks, then I’d recommend it. At the end of the day, it’s a low end DNA 75 mod. So, if you’re looking for a DNA device on the cheaper side, it’s definitely an option. But if you’re looking for an insanely high quality product, you’re going to have to spend some more. Yet to me, it’s a decent mod, and for $100 it looks better than any other mod currently on the market at it's price point. Overall, it’s pretty solid, and is worth $100, but not much more. 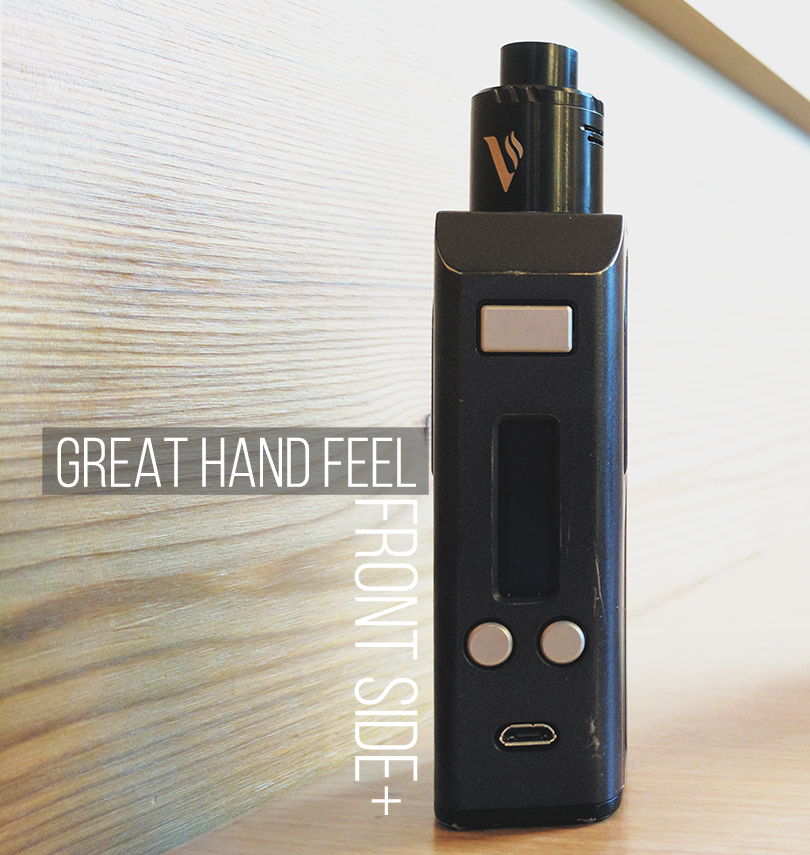 The skar has a great performance at this price point thanks to the beauty of a chip that is the DNA 75, along with how great it feels in your hand. If the paint quality was better, it'd easily be in the mid 4's because of how great it feels and the performance per dollar. That paint job and fake wood just hold it back from being the star it truly should be. 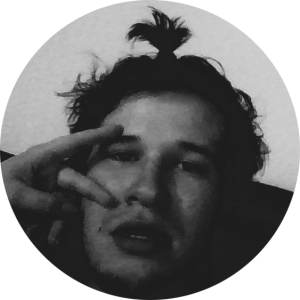