Building a Cereal Base

Today we are going to talk about creating one of the classic e-liquid flavor profile types. Cereal!

It's a profile that continually exists within the “premium” e-liquid market. This is likely because is very easy flavor profile to create given that a lot of cereals are nothing more than bland puffed grain with artificial flavors added. They are essentially using the same flavors we are. Making it a very easy to identify flavor for new vapors that aren't sure what they like yet, and easy for beginner mixers to dip their toes into once they start making their own e-liquid.

Alright, so you want to make a cereal, what do you do first? Buy some of those single flavor e-liquids that are supposedly concocted after your favorite childhood breakfasts? WRONG! As easy as it would seem to create a single flavoring for this profile, I've yet to try one that hits the nail on the head to achieve the profiles that are realistic. Instead, we are going to go over formulating cereal bases to build a complete and well balanced e-liquid so that you can create your own that will taste 10 times better.

There are two flavors that are above and beyond, simply the best to start with for virtually any cereal:

Every time I taste one of these flavors in an e-liquid, it immediately invokes a sense of cereal taste to me. They so strongly resemble that bland puffed grain it's impossible to not notice. As for the difference between these two flavors, I tend to prefer TFA Graham Cracker (Clear) for a dry cereal and TFA Cheesecake (Graham Crust) for cereal milk type flavors. That extra little bit of sweetness and tang added by the cheesecake does a great job replicating the milk that's left in the milk after a full bowl of cereal that sat a little too long before you finished it.

While there are exceptions to every rule of thumb, these are by far going to be your best two to start with, especially if you are trying to replicate one of the more popular sugar bombed fruit cereals. You can always add other flavors to help supplement these bases to achieve exactly what you're going for:

Whether you are creating a dry cereal or cereal milk, this is a great option to consider. It adds a nice bakery sweetness to your overall recipe. Something I've mentioned about this flavor plenty of times is how it sort of coats your mouth in a sugary, butter taste, just like those sugar bombed cereals. It's a very smooth flavor that compliments other bakeries and willingly pairs with every type of other flavor you could throw at it, be it fruit, peanut butter, cream, etc. If you want to do a dry cereal though, I would use this more sparingly as it starts to detract from that dry snap that TFA Graham Cracker (Clear) imparts to your mix.

An exceptionally smooth blend of graham cracker, meringue, and lemon. This flavor profiles nearly demands it be used in any type of cereal that has a lemon flavor to it, and there are a lot of fruity commercial cereals that have lemon in them. In some cases, it can even be used in place of one of the TFA base flavors (Graham Gracker Clear or Cheesecake Graham Crust). The meringue adds a nice powdered sugar sweetness to your final product.

This flavor is going to be quintessential in creating a cereal milk base. The flavor profile of it is simply “sweetened milk”. There's not much to say about this other than there's a reason it's an extremely popular cream flavor. It's true to taste and blends well with nearly everything. Just be sure you don't go too high on the overall flavoring used, otherwise it starts to generate a soured milk flavor.

Lastly, this is a flavor you are likely to see in every last cereal and helps to create that base. It's a splendid powered sugar flavor. This is also going to be more useful in your cereal milk e-liquid mixes, but at a low percentage (0.5%) it will not add too much creaminess to a dry cereal and simply insert a super sweet, sugar loaded profile to your mix. If you do want to impart a strong sweetness and creaminess, then use it around 1% in your cereal milk mixes.

First of all, keep in mind that all of these flavors can be substituted with something else. This is just a very basic platform to provide as a jumping point into the world of cereals. There are many flavors out there that encompass a lot of these profiles while adding additional cereal components to the mix. Additionally, taste is subjective. You may find there are better components to achieve your desired goal. This is simply a mix of my own personal testing and observations of popular cereal e-liquids out there.

As for how to build on this base, that's entirely up to you. I will say that The Flavor Apprentice, Flavor West, and Capella booth have a wide range of flavors that blend well to reach that classic cereal flavor. Examples include: TFA Strawberry Ripe, CAP Lemon Lime, TFA Peanut Butter, FW Blood Orange, FW Blueberry, and the list goes on.

When you start to look into flavor companies outside of the cheapest and most common, you will also flavors that can be utilized to help perfect your cereal. Some of these flavors include FLV Rich Cinnamon, FLV Cinnamon Crunch, OOO Cream (milky undertones), BF Chocolate Truffle, etc.

At 3%, the TFA Cheesecake (Graham Crust) is perfect for achieving a nice silky smooth texture we want in a cereal milk base. The graham flavor is also right on point. It's not dry at all, but is still very present giving us that flavor like the cereal has disintegrated in the milk when you took a little too long to eat your cereal. When I did this same recipe with TFA Graham Cracker Clear, the overall profile turns out way too dry, even with the creams. It's also not too high of a percentage to impart that overly tangy, soured milk flavor we can sometimes get from cheesecake flavors. The two TFA Strawberries at a 1:1 ratio balance each other perfectly to sit on your palette just right behind the milky sweetness. Lastly, the two creams come together perfectly to create that over-sweetened milk flavor. This would be a perfect place to start from while you decide what the final flavor profile will be, balance out the profile, and fine tune the minor adjustments.

Here we have established the common flavorings used for creating a cereal base and learned how to apply them to a test recipe. There are certainly more flavors out there, and none of these are necessarily a requirement for a cereal e-liquid, but rather tried and true methods of achieving one. Where you go from here largely depends on what you want to create; fruity, nutty, grainy, etc. 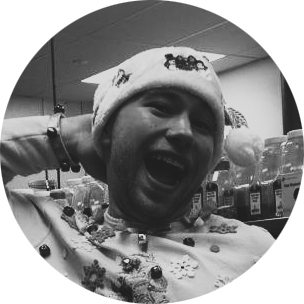 Vurve is one of the lead content providers on DIYorDIE. He produces and hosts the "Beginner Blending" podcast as well as the Modest Monday articles. Click the image above to check out his recipes.