The last year of my life has been pretty fucking hectic. I moved back to NJ to finish school at my local CC because I fucked up in University the first time around. Before I moved back I lived in Philadelphia with my brother where we both worked at one of the best restaurants in Philadelphia. It was fast paced, violent, hot, and this ended up transferring into our lives. The fine dining industry can really put a toll on you, especially nowadays where your restaurant lives on Michelin stars and fucking “Foodies” with Yelp accounts. So I ended up leaving Philadelphia, leaving the industry I thought I was going to make a career in, and “making a change” in my life by going back to school and starting over. As I went to school I became restless, as some of you might notice. In the food industry you’re constantly working and if you’re not working you’re out drinking and partying. Back in Suburbia, it was class, my side job, and then my little room in my little apartment. I needed something to fill the time. I started mixing while I lived in Philadelphia, but it was nothing serious. I mainly vaped and mixed to stay off smoking since I’m an ex-asthma patient and figured it’d be a good idea to quit. Anyways, I got a little more into it since I had this down time to myself now.

Then I saw what Fizzmustard was doing. He made this “Nana Cream” clone, and people really enjoyed it. This caught my eye, but not because the recipe, or the juice, or the hype. I really enjoyed the way he explained his process. It reminded me of what I was doing in the Philadelphia food industry. Then the addict in me got an itch. I fired up Chrome, loaded up my cart at BCV, and had a ton of ideas I wanted to mix. What I really was focusing on was creating super accurate recipes based on real flavor profiles, and then explaining exactly how and why I did this. I started posting this stuff over to Reddit, and as I expected, people were enjoying them. It also helped my recipes were pretty good. The mixing community was still kind of stale though, and I wanted some way to showcase what everyone was doing. Vaping became boring to me. Product, Review, RDA, Tank, Review, Product, Buy, RDA, Review. We were doing some cool fucking shit in the mixing scene and I wanted to show everyone. Sort of like “Hey guys, look! Doesn’t this look awesome! Come Join us, fuck all that other shit!”. So I came up with DIYorDIE on YouTube. A channel that would not SHOW people how to mix, but TEACH people how to mix. Teach people what I specifically knew, and teach people how to approach mixing as I do. There was nothing really like it. 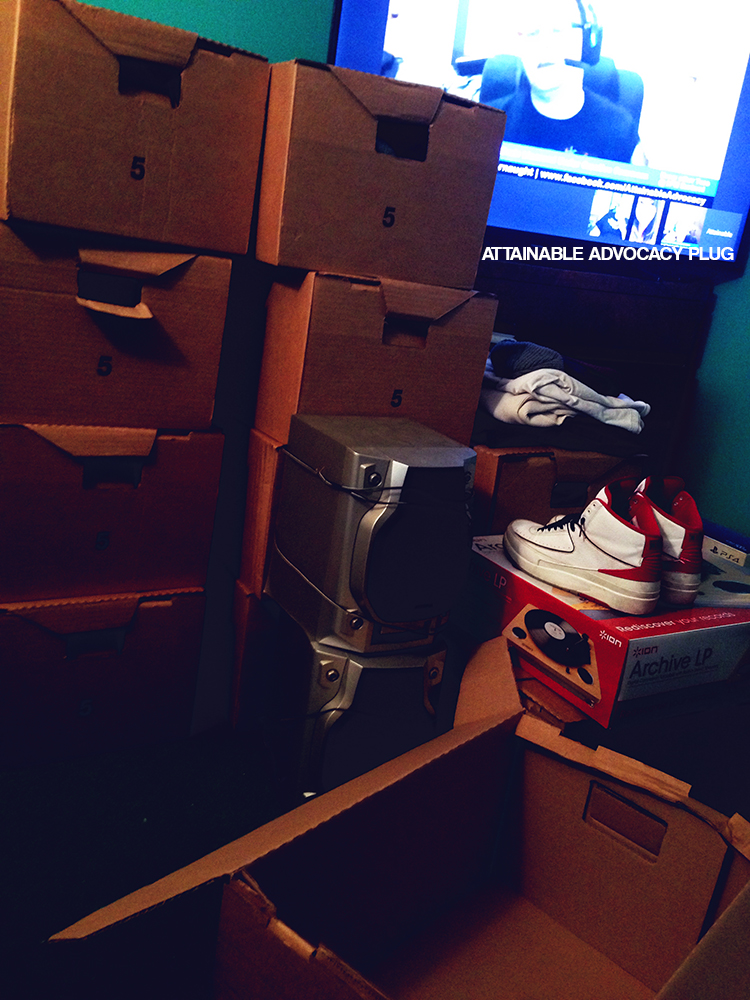 my life in boxes

The other DIY mixing channels really would just show you how to mix a certain recipe and talk about the flavorings a bit. I wanted to get people to understand flavors and why they worked with eachother, understand vapor and how to manipulate certain ingredients. All while having a fun laid back and entertaining atmosphere. My first few videos did pretty well, but the response was awesome. A tiny amount of people were subscribing and emailing me telling me how unique and what a fresh of breathe air my channel was. Sure I got a lot of people that really didn’t like it. Even a bunch of members of the same community strongly opposed what I was doing. Why? I’m sure we both know the answer to that, but that really helped me. It showed me where I needed to improve and what I needed to take or add. Then I realized I needed to make this stuff, just so mixers had something to watch. There is very little content in vaping for DIY mixers. I made it a point to keep doing all this stuff, so mixers had options of media to watch. After which I created the website and InTheMix and the Flavor Book, all while I kept making recipes, and this is all to give mixers cool shit. The InTheMix Project has been something I fell in love with doing it. Everyday I wake up and I can’t wait find a new article to write about or a new topic to rant about on my show. And the friends I’ve made…man I don’t know what to say. Weender, Crunk, Josh, Skid, Matt, many more, have all helped me along this journey and I never thought I’d find real friends like that online, in forums, about vaping. This was all done out of my little apartment in NJ, in my little room, on my shit computer. This was all because of the support from the community, both mixing and vaping. It’s stunning to me that you all reading this have supported me so much. Me, of all people. And because of everyone that’s said awesome things about my stuff, everyone that’s said bad things, everyone that clicked on this post, everyone…I’m able to go back to the city I love. The city that chewed me up and spit me out. And make something of myself. Doing something I love doing, doing something that’s helpful to others, doing something that involves everyone, and support myself and my girlfriend while doing it. The appreciation I have for all my followers is so great that it does no justice even saying it. Thank you. Goodbye New Jersey. We’ve had some great times and I hope you will take me back should I ever need to go back. And Hello Philadelphia, I’ve come back to take what’s mine. KEEP MIXING