For a great PB & B Variation /u/Crosstown_rebel posted his version

Check it out here 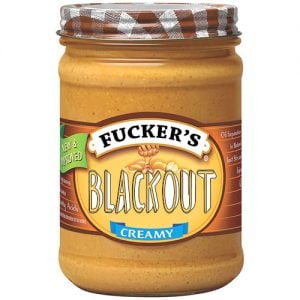 A Creamy and Nutty Peanut Butter with Caramel

This recipe is for PB lovers. A very nice sweet and nutty inhale with a smooth, caramel peanut butter exhale. Great as a base also to add in your favorite dark berries, for a PB&J, or banana for a PB&B, even some FA Cocoa for a nice choco-peanut butter.

First off, I want to explain the name of this recipe. This was made for the "Blackout" on Reddit that happened in July 2015 in protest of the firing of AMA employee Victoria Taylor. The events that played out was that almost every major subreddit, including /r/DIY_Ejuice, went private, and wouldn't allow anyone to post or even see the contents of the sub. Thus, blacking out reddit.com almost in it's entirety. It was an interesting day as many members of subreddits were split on whether they agreed with the blackout, or disagreeing saying they had nothing to do with the events that lead to it. I agreed the blackout was necessary to show support to the hardworking motherfuckers that run Reddit. Honestly, think about having to work for Reddit. All the shitheads, and immature neckbeards, that constantly berate anyone who disagrees with their immorals and values. I shudder at the thought. Well anyways, I dropped this recipe for when /r/DIY_Ejuice opened, and stifle any frustrations that may have occurred.

TFA Peanut Butter: TFA PB makes up the main note. It's probably my favorite PB to use because of how versatile it is. It's not too nutty, not too dry, and it's easy to play with. The ONLY problem with TFA PB is that depending on which batch you get, it could be stronger or weaker, so adjust your % to taste. We need to add some creaminess to it because, well, that's what I want to do. I'm going for more of a creamy PB. So we can't go overkill on the PB, and at 8% I was able to find that balance that works with the other flavorings. Now, like I said before, you have to know how strong you concentrate is. This flavoring is very inconsistent for some reason.

FA Caramel / TFA Brown Sugar Extra / Bavarian Cream: These flavors make up that smooth caramel creaminess that really makes this recipe what it is. It also boosts the flavor of the PB a little by adding some support. Understand? Some flavors need a good foundation to really give it some character, PB is one of them, and this caramel creamy base is the perfect example of how you could do that. It also gives that nice caramelized sugar sweetness to everything, turning the mix into more of a thick and sweet vape.

FW Hazelnut / TFA Graham Cracker: These make up the extra little bit of "bite". I used FA Cookie to try and make this flavor, but cookie tends to over cookie sometimes, and at low percentages (0.5%) cookie tends to get hidden. So I had to opt for a Graham Cracker at 3% and I used Hazelnut to really make that Graham pop and have more taste. Also FW Hazelnut has a little more creaminess to it (think nutella) so I opted for this flavoring rather than FA's more real, nutty, aroma.

FA Torrone: FA Torrone is the secret ingredient. It really pulls everything together, and has that note in it that really makes that fucking PB really come out to play. It's a strong flavor, so use at 0.25% and if you'd really want some more nougat flavor, maybe up to 0.50% and steep another day or so. This is really essential to really bring out all the nuances in the PB and in the Caramel. Some people say they can't really taste it, and that's the point. We just want to use it's aromas to boost up that PB, add a little thick nougat, and just tighten up the mix. Adding complexities here and there can make a boring recipe much more interesting.